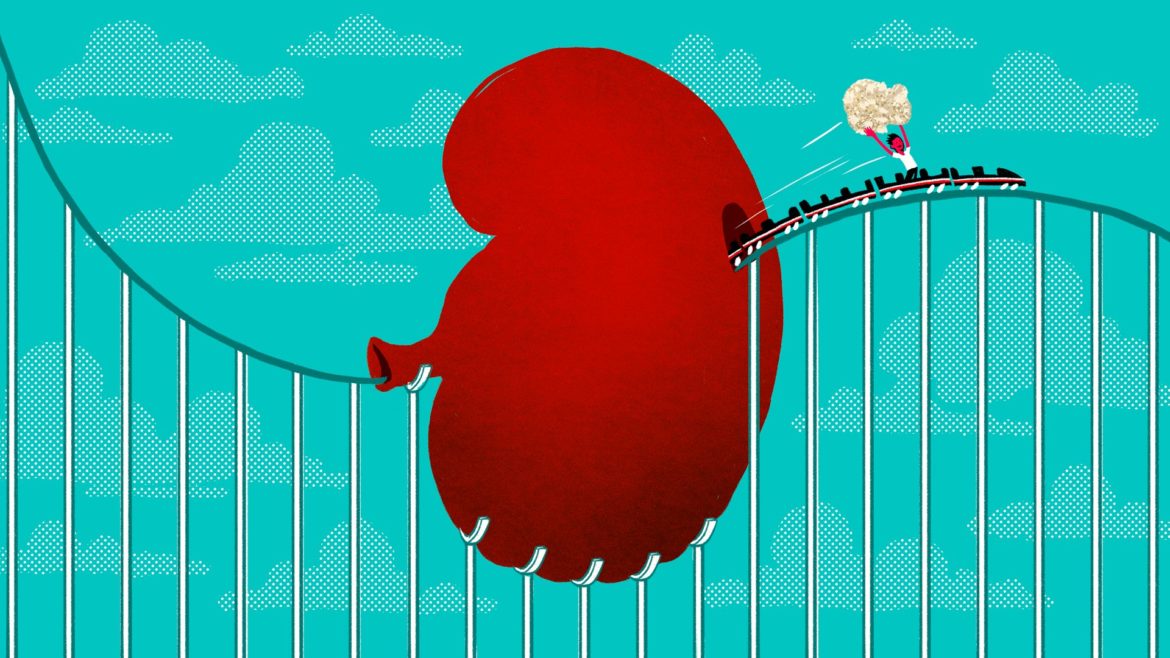 Most importantly for human health, kidney stones partially dissolve and regrow again and again as they form, a study of the University of Illinois (UI) found.

The study has been newly published in the journal Scientific Reports. Kidney stones are built up in calcium-rich layers that resemble other mineralizations in nature, such as those forming coral reefs or arising in hot springs, researchers found.

The findings were the result of looking at kidney stones much more closely and with a broader array of light and electron microscopy techniques than others had employed before.

The methods included bright-field, phase-contrast, polarization, confocal, fluorescence and electron microscopy, with newly invented combinations of these tools and X-ray spectroscopy. A recently developed technology, Airyscan super-resolution microscopy, allowed the researchers to view the samples at 140-nanometer resolution, a much higher magnification than is normally possible with light microscopy.

The effort resulted in spectacularly clear, colorful images of the interior growth history of the kidney stones, revealing that they are built up in alternating thin layers of organic matter and crystals, interrupted in places with jutting interior crystals.

The researchers found that in the earliest stages of kidney stone development, crystals of a hydrated form of calcium oxalate adhere to one another, forming a big, irregular clump. Layers of organic matter and crystals build up on top of this inner core, creating an outer shell.

The stones continue to dissolve and grow. “In geology, when you see layers, that means that something older is underneath something younger,” said UI geology and microbiology professor Bruce Fouke. But many of the layers were disrupted, revealing that part of the stones, usually the interior dihydrate crystals, had dissolved.

New crystals of a dehydrated form of calcium oxalate had begun to grow again within those voids. “Therefore, just one rock represents a whole series of events over time that are critical to deciphering the history of kidney stone disease,” Fouke said.

This contradicts the widely held notion that kidney stones are homogenous rocks that never dissolve and are different from all other rocks in nature. “We found that kidney stones undergo a dynamic process of growing and dissolving, growing and dissolving,” Fouke said. “This means that one day we may be able to intervene to fully dissolve the stones right in the patient’s kidney.” “Instead of being worthless crystalline lumps, kidney stones are a minute-by-minute record of the health and functioning of a person’s kidney,” he said. Enditem

Positive signs of happiness and health

How to tell the difference between pneumonia and...

WHO statement: Tobacco use and COVID-19

You’re eating more sugar than you think and...

Doctors: We do not abuse medical schemes

Can the keto diet screw with your period?

Massive surge in the number of SA teens...