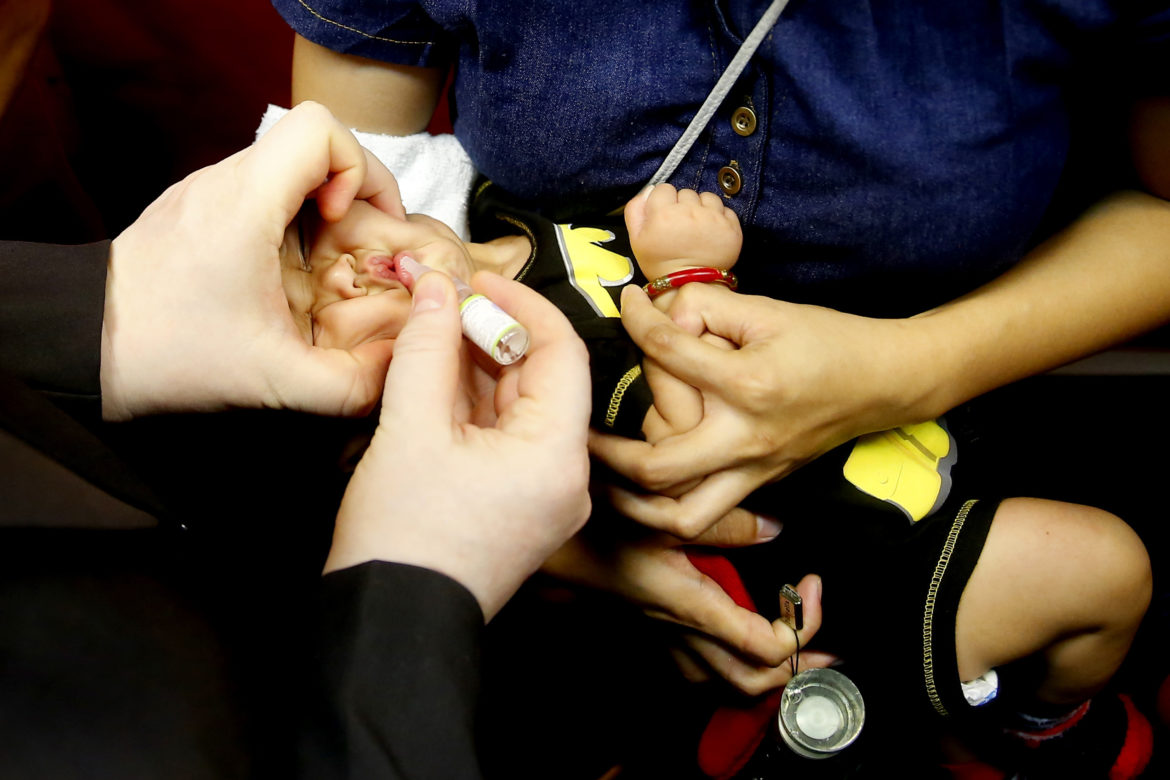 Although the last wild case of polio in South Africa occurred in 1989, deficiencies in the country’s routine immunization coverage and surveillance systems resulted in South Africa’s polio-free status being rescinded in 2017.

In response, a number of measures were put in place to address the identified weaknesses. Progress has been made in ensuring that all children are protected from polio through routine immunization.

More than 80% of children have received three doses of intramuscular polio vaccine as part of their routine vaccinations in recent years, except during 2016 when a global shortage of hexavalent vaccine resulted in low coverage.

In addition to ensuring that children are protected against polio, countries must also demonstrate that robust surveillance systems are in place – so that any cases of polio that might occur would be swiftly identified and contained.

South Africa’s surveillance system has been strengthened as demonstrated by an increase in the national non-polio AFP detection rate which has been consistently above the target level of 2 per 100,000 children under 15 years in recent years, with more districts progressively achieving this target.

The Department of Health is currently conducting a National Immunisation Coverage Survey which will provide important information on immunization coverage patterns which will be used to further improve the immunization program. More than one million households will be visited, and all household members are urged to assist by answering questions regarding the immunizations which their children have received.

Achieving polio-free status has required commitment and hard work from many stakeholders, especially front line health workers. We would like to thank all of those who have contributed, and urge them to maintain their commitment, so that we can both retain our polio-free status and ensure that all children are protected from all vaccine-preventable diseases.

What is folic acid and why do you...

Diabetic? Maybe Its Time To Change Your Cooking...

Steps you can take to prevent type 2...

Ensure adequate nutrition in your food