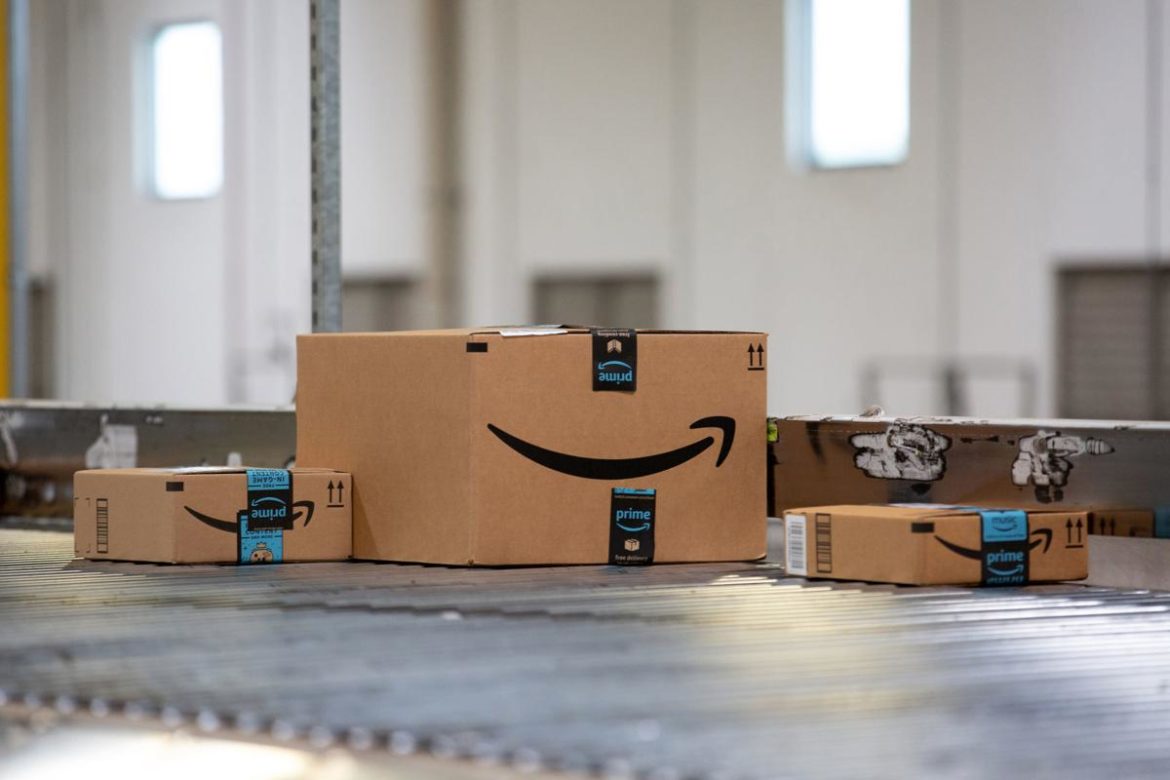 Now that Amazon has snapped up internet pharmacy PillPack for around $1 billion in cash, how long will it take before consumers can rely on the e-commerce giant for their medicines, as they do for groceries, clothing, books and pretty much everything else?
And what will Amazon’s strategy be once the deal closes this year? CNBC spoke to a half-dozen drug supply chain experts to find out. It’ll happen faster than you thinkWhen Amazon bought Whole Foods, shoppers were able to access discounts the day the deal closed. It all started with a few items, but expanded to a much broader array of groceries.Some experts believe Amazon will take a similar approach with prescription medicines to show value right off the bat. The companies said the deal would close in the second half of the year, which means it could happen any time.

“Amazon could rename PillPack as ‘Amazon Pharmacy,’ and start right away,” said Talha Sattar, CEO of internet pharmacy start-up Nimble. “The bigger question is about the form that the offering will take.”

Amazon could start by targeting those who pay cash for their meds, either for generic drugs or branded drugs with coupons from companies like GoodRx.

“Day 1, Amazon will likely focus on cash purchases of both generic and brand medicines — all they need to do so is [get] a board of pharmacy license in all 50 states, and dispensing capacity,” said Jonathan Schwartz, CEO of another internet pharmacy start-up, CareZone.

That’s a chunk of a $450 billion market, or about 6 percent of the U.S. population, which includes the noninsured and those with high-deductible plans. It also doesn’t require working with the largest pharmacy benefits managers, like Express Scripts, which are gatekeepers of sorts for those who opt to use their health insurance.

Amazon’s biggest rival, Walmart, already offers a service like this. It’s essentially a list of generic medicines with a $4 price for 30-day prescriptions — no insurance required. Some experts believe Amazon could do its own version of this quickly, and with even lower prices to attract users away from its competitor.

“A company like Amazon could capture $10 [billion] or $20 billion in revenue by doing that well,” said Sattar.
But not a complete offering

Pharmacy experts disagree on whether Amazon will have success forging relationships with pharmacy benefits managers.

An Express Scripts spokesperson said Friday that its agreement with PillPack is expiring in July and that the two companies haven’t yet reached an agreement on rates. The company did not say whether a change in ownership would affect the discussions.

Other pharmacy benefits managers might shy away from maintaining an agreement with PillPack if they see it as a threat.

For that reason, it might take some time before the company is able to offer cheaper, in-network prices on prescription medicines.

Stephen Buck, who previously worked at drug distributor McKesson, suspects that it would be more than a year before that happens because he believes Amazon will be slow and deliberate with its rollout. Amazon might pick a small market, like a single state, to pilot the offering before expanding to others. PillPack operates in 49 states.
The ABC factor

Amazon is also a partner with J.P. Morgan and Berkshire Hathaway in a program to fix heath care for their employees.

The PillPack offering might come in handy as the partners look to distribute affordable medicines to their 1.2 million combined workforce. Atul Gawande, the group’s recently named CEO, recently spoke about his plans to target waste in the health-care system, including high prices associated with things like administrative costs and prescription medicines.

But it’s possible that Amazon will work more quickly on its own. Gawande has made clear that disrupting the health industry could take decades — and Amazon typically works far more quickly than that. “Amazon is not known for doing things slowly,” Sattar said.

Are you suffering with full body psoriasis? There’s...

FDA: Do not use hundreds of drug products...

Exercise Is Good For Your Mental Health—But Only...

Want to be healthier? Pick up the pace

Asthma may heighten flu risk and cause dangerous...

[…]Wonderful story, reckoned we could combine several unrelated data, nevertheless genuinely really worth taking a search, whoa did one particular master about Mid East has got extra problerms too […]

I enjoy this site – its so usefull and helpfull.

Youre so cool! I dont suppose Ive read something like this before. So nice to seek out anyone with some original thoughts on this subject. realy thanks for starting this up. this website is something that is wanted on the net, someone with slightly originality. useful job for bringing something new to the internet!

Im not that much of a internet reader to be honest but your sites really nice, keep it up! I’ll go ahead and bookmark your site to come back later. Many thanks

I’m really loving the theme/design of your blog. Do you ever run into any web browser compatibility problems? A handful of my blog visitors have complained about my site not working correctly in Explorer but looks great in Chrome. Do you have any ideas to help fix this issue?

It is really a nice and helpful piece of info. I am glad that you shared this helpful info with us. Please keep us up to date like this. Thank you for sharing.

You need to participate in a contest for among the finest blogs on the web. I will suggest this website!

Awsome article and right to the point. I don’t know if this is really the best place to ask but do you folks have any thoughts on where to get some professional writers? Thx 🙂

Hi! Do you know if they make any plugins to assist with SEO? I’m trying to get my blog to rank for some targeted keywords but I’m not seeing very good results. If you know of any please share. Kudos!

[…]that would be the end of this post. Right here you will discover some websites that we believe you will value, just click the hyperlinks over[…]

Hi my friend! I wish to say that this article is awesome, nice written and include almost all vital infos. I’d like to see more posts like this.

You could certainly see your skills within the work you write. The arena hopes for even more passionate writers like you who are not afraid to mention how they believe. Always follow your heart.

[…]check below, are some entirely unrelated web sites to ours, on the other hand, they’re most trustworthy sources that we use[…]

[…]check below, are some absolutely unrelated websites to ours, having said that, they may be most trustworthy sources that we use[…]

Having read this I believed it was very enlightening. I appreciate you spending some time and effort to put this informative article together. I once again find myself spending way too much time both reading and commenting. But so what, it was still worth it!

As a Newbie, I am continuously searching online for articles that can benefit me. Thank you

[…]Wonderful story, reckoned we could combine several unrelated information, nevertheless actually worth taking a look, whoa did a single discover about Mid East has got extra problerms also […]

[…]just beneath, are several entirely not related sites to ours, having said that, they’re surely worth going over[…]

Spot on with this write-up, I really feel this website needs much more attention. Iíll probably be back again to read through more, thanks for the info!

Spot on with this write-up, I seriously believe this site needs a great deal more attention. I챠ll probably be returning to read through more, thanks for the advice!

[…]just beneath, are various completely not related sites to ours, even so, they’re certainly worth going over[…]

I seriously love your website.. Pleasant colors & theme. Did you build this site yourself? Please reply back as Iím trying to create my very own blog and would love to find out where you got this from or just what the theme is called. Thanks!

Excellent post. I was checking continuously this weblog and I’m impressed! Very helpful info specifically the ultimate phase 🙂 I maintain such information much. I used to be looking for this particular information for a long time. Thank you and best of luck.

It is perfect time to make a few plans for the future and it is time to be happy. I have read this publish and if I may I wish to suggest you some interesting things or suggestions. Maybe you can write subsequent articles relating to this article. I wish to read more things approximately it!

Your style is really unique compared to other people I have read stuff from. Thank you for posting when you’ve got the opportunity, Guess I will just book mark this page.

Undeniably imagine that that you said. Your favourite reason appeared to be at the web the easiest thing to understand of. I say to you, I definitely get annoyed even as other folks consider worries that they plainly don’t recognise about. You controlled to hit the nail upon the highest and defined out the entire thing with no need side effect , other people can take a signal. Will probably be again to get more. Thank you

A powerful share, I simply given this onto a colleague who was doing a little evaluation on this. And he in actual fact purchased me breakfast because I discovered it for him.. smile. So let me reword that: Thnx for the deal with! But yeah Thnkx for spending the time to debate this, I really feel strongly about it and love studying extra on this topic. If doable, as you grow to be experience, would you thoughts updating your weblog with extra details? It’s highly useful for me. Massive thumb up for this weblog publish!

Iím amazed, I have to admit. Rarely do I encounter a blog thatís both equally educative and engaging, and without a doubt, you have hit the nail on the head. The problem is something not enough men and women are speaking intelligently about. Now i’m very happy that I came across this during my hunt for something relating to this.

After I initially commented I appear to have clicked the -Notify me when new comments are added- checkbox and now each time a comment is added I recieve four emails with the same comment. Perhaps there is a means you can remove me from that service? Thank you!

Hiya, I am really glad I have found this information. Nowadays bloggers publish only about gossips and net and this is really annoying. A good web site with exciting content, this is what I need. Thank you for keeping this site, I’ll be visiting it. Do you do newsletters? Can not find it.

Have you ever considered publishing an ebook or guest authoring on other blogs? I have a blog based on the same topics you discuss and would really like to have you share some stories/information. I know my visitors would appreciate your work. If you’re even remotely interested, feel free to shoot me an email.