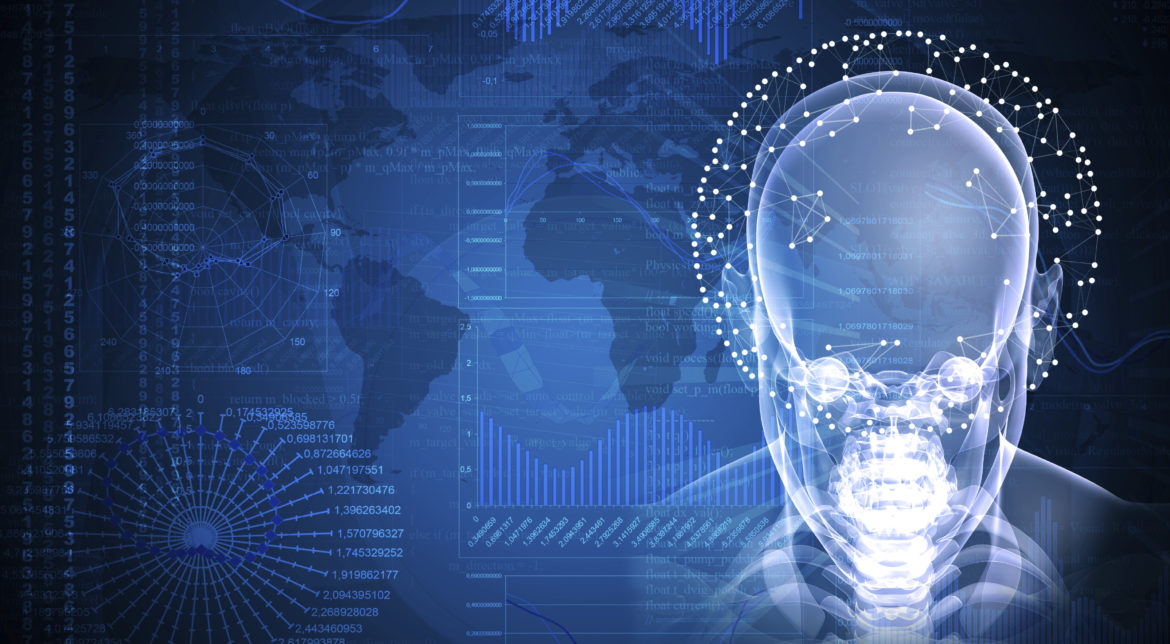 Mapping the patterns of neuronal activity in the brain could change therapies for epilepsy.

The World Health Organization (WHO) estimate that 50 million people worldwide have epilepsy, making it one of the most widespread neurological conditions in the world.

In the United States, 3.4 million people — or 1.2 percent of the population — live with the condition.

In epilepsy, parts of the brain get an abnormally high level of electrical signals, which disrupts its normal neurological function.

A healthy-functioning brain relies on electrical signals that nerve cells send to one another.

Gaining a better understanding of the dynamic between nerve cells could lead to better treatments for epilepsy. New research brings us closer to achieving this goal.

Neuroscientists led by Rochelle Hines, a researcher at the University of Nevada, Las Vegas, set out to investigate how brain proteins interact to regulate the electrical signaling of neurons.

According to Hines, the findings — which she and team have now published in the journal Nature Communications — “could potentially change textbooks” on epilepsy, as they revolutionize the researchers’ understanding of what controls the firing of neurons in the disorder.

As Hines and colleagues explain in their paper, the brain functions based on the dynamic between excitatory cells and inhibitory neurons; this regulates the “global cell firing rates” and controls the excitability of neurons locally.

In this dynamic, type-A GABA (GABAA) receptors play a vital role. GABAA receptors are “the major inhibitory neurotransmitter receptors in [the] mammalian brain.” These receptors have multiple subunits, ranging from alpha to theta.

In epilepsy, previous research has suggested that alpha subunits of GABAA receptors mediate the selective targeting of brain receptors. However, the mechanisms behind this were unclear.

In their new study, Hines and team narrowed down the receptors to two vital proteins: alpha-2 subunit (of the GABAA family), and collybistin.

When they disrupted communication between these two proteins in mice, electroencephalogram tests revealed that the brain waves of the rodents were irregular and out of control, showing patterns similar to those observed in people with epilepsy and anxiety.

Referring to the findings above, Hines explains, “That’s the piece that could potentially change textbooks: Previously, we had questions about how these pieces fit together and thought that maybe a group of three or more proteins interacted.”

“But our team’s research strongly suggests that there’s a very specific interaction between two of them, and this has implications for how neuroscientists might be able to regulate this area.”

Regulating this “compartment” of proteins in the brain that controls cell signaling may lead to better therapies for stopping or preventing seizures.

“If we can better understand how the brain patterns activity, we can understand how it might go wrong in a disorder like epilepsy, where brain activity becomes uncontrolled,” Hines continues.

“And if we can understand what is important for this control, we can come up with better strategies for treating and improving the quality of life for people with epileptic seizures and maybe other types of disorders as well, such as anxiety or sleep disorders.”

Study co-author Stephen Moss, a professor of neuroscience at Tufts University in Medford, MA, says that these findings should prompt researchers to come up with new drugs that target alpha-2 GABAA receptors.

Article by: By Ana Sandoiu

How much salt does it really take to harm your heart?

Everything You Need to Know About Diabetes

Why South Africa needs to discipline the private...

A Third of Children Use Dietary Supplements. Here’s...

5 ways to stave off mindless or emotional...

Always wash your hands after touching these 6...

Diabetes: when to see your doctor

How Nutritional Supplements Assist You To Daily Please read on to figure out how to put those to your life. Any dietary supplement consisting of oil needs to be consumed with excess fat needs to be adopted a meal. Natural vitamins E, K and K are ones that are very best soaked up with food. They work better when you’ve consumed fatty foods. Any supplement which includes oils should be consumed with body fat must be taken on food. Vitamins K, E and K are ones which are greatest absorbed with food. In addition they operate particularly nicely when ingested with fatty foods like sea food. We may wish to try to eat as wholesome but it’s tough with limited funds.Vitamins and minerals used routinely can help your body job the way it’s meant to to be able to functionality correctly. A number of people notice entire body aches but don’t know why these are happening. Sea food oils and vitamin supplement E often make muscle tissue truly feel a lot better simply because they aid the alleviating of strains. We may want to take in healthier but our financial budgets basically do not allow for this. As a way to greater burn off the unhealthy food you consume to keep much healthier, minerals and Vitamins assist the body exactly what it requirements. Vit C is plentiful in lemon or lime fruits and also other fruits and vegetables. Dietary supplements are perfect for anyone who just can’t get sufficient vitamins and minerals when you eat. This essential vitamin can help handle and stop the common cold, skin disease, skin ailment, periodontal illness, and skin ailment. Also, studies show that vit c helps people with Alzheimer’s, ADHD and dementia. When you are lacking in any natural vitamins, confer with your family members physician to find out. This will help you may go to make up the perfect diet that meets your needs. Vitamin C is several citrus fruit fruits. When you don’t consume enough of this vitamin, Nutritional supplements are an excellent selection. This powerful nutritional support take care of preventing common colds, skin ailment, belly ulcers, gum disease, and periodontal disease. Scientific studies also show ascorbic acid may help folks suffering from Alzheimer’s ADHD, dementia and illness can be aided with vitamin C. Manganese is a nutritional that you should be utilized routinely inside the advised dosage amounts. It strengthens bone helping you heal from accidents. Additionally it is tools the metabolic approach. Manganese is found within completealmonds and grains, grain and black color or green teas. You will also find manganese nutritional supplements on the web or in merchants where by natural vitamins can be bought. Numerous vitamins and minerals must be considered day-to-day. If your diet is lacking in a number of these substances, you can experience numerous medical problems. The above guidance will help you work out which supplements are best for your state of health.

Today our team is proud to say that we’ve finally created the very best game hack that can help you to acquire indefinite resources free of cost. We are confident that our game hack is the best option for you.!

[…]that would be the finish of this article. Here you will find some internet sites that we consider you will value, just click the hyperlinks over[…]

Great web site you have got here.. It챠s hard to find high-quality writing like yours nowadays. I truly appreciate individuals like you! Take care!!

I really appreciate this post. I’ve been looking all over for this! Thank goodness I found it on Bing. You have made my day! Thx again