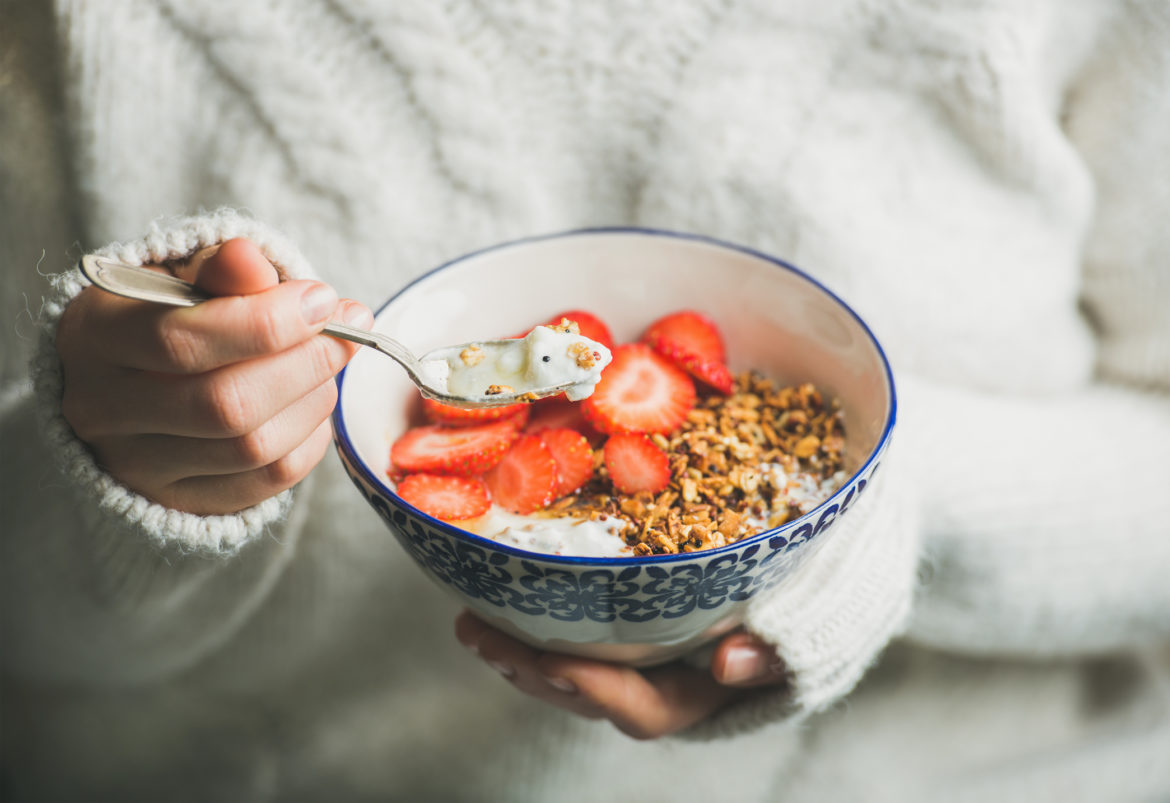 Want a healthy heart? Turning off the TV, being active and eating an energy-rich breakfast of milk, cheese and cereals everyday could be the key, suggest researchers in a new study.

Compared to those watching less than seven hours of TV per week, they were also twice as likely to have plaque buildup in the arteries, which is associated with an increased risk of stroke.

“Our results emphasise the importance of avoiding prolonged periods of sedentary behaviour,” said lead researcher Sotirios Tsalamandris, cardiologist at the National and Kapodistrian University of Athens in Greece.

“These findings suggest a clear message to hit the ‘off’ button on your TV and abandon your sofa. Even activities of low energy expenditure, such as socialising with friends or housekeeping activities, may have a substantial benefit to your health compared to time spent sitting and watching TV.”

Instead of being sedentary, performing recreational activities, weight lifting, stretching bands or treadmill exercise while watching TV may also be a healthy alternative, Tsalamandris suggested.

Moreover, the researchers found that those who ate a high-energy breakfast tended to have significantly healthier arteries than those who ate little or no breakfast.

The study, involving 2 000 people, will be presented at the American College of Cardiology’s 68th Annual Scientific Session in New Orleans, US.

Walgreens brings Feel More Like You to more than 3,000 stores

What to expect from the world’s first high-level...

An insurance discount for your fitness data is...

Ensure adequate nutrition in your food

Is Keeping Fit As A Lifestyle Really That...

Love Your Heart- 8 Tips for a healthy...

World Aids Day: You can live life to...

Sweet blog! I found it while surfing around on Yahoo News.
Do you have any tips on how to get listed in Yahoo News?
I’ve been trying for a while but I never seem to get there!
Appreciate it

Good day! I could have sworn Iíve been to your blog before but after going through many of the posts I realized itís new to me. Anyways, Iím definitely happy I discovered it and Iíll be bookmarking it and checking back regularly!

This website was… how do I say it? Relevant!! Finally I’ve found something that helped me. Thanks a lot!

Article writing is also a fun, if you know after that you can write or else
it is difficult to write.

Great blog! Do you have any recommendations for aspiring writers?
I’m planning to start my own website soon but I’m a little lost on everything.
Would you propose starting with a free platform like WordPress or go for a paid
option? There are so many choices out there that I’m completely
confused .. Any recommendations? Thank you!

I blog often and I truly appreciate your information. The article has really peaked my interest. I am going to book mark your site and keep checking for new details about once a week. I subscribed to your RSS feed as well.

You actually make it seem so easy together with your presentation but I find
this topic to be really one thing that I think I might by no means understand.
It kind of feels too complex and very huge for me. I am taking a look ahead to
your next submit, I will attempt to get the grasp
of it!

Good post. I learn something new and challenging on sites
I stumbleupon on a daily basis. It will always be helpful
to read content from other writers and use a little something from
other sites.

Hi, I do believe this is an excellent blog. I stumbledupon it 😉 I will revisit yet again since i have book marked it. Money and freedom is the greatest way to change, may you be rich and continue to guide others.

Ahaa, its fastidious dialogue regarding this paragraph here at this website, I have read all that, so at this time me also commenting at this place.

Way cool! Some extremely valid points! I appreciate you penning this article plus the rest of the website is also very good.

Spot on with this write-up, I absolutely feel this amazing site needs far more attention. Iíll probably be back again to read through more, thanks for the advice!

These are truly fantastic ideas in concerning blogging. You have touched some fastidious points here. Any way keep up wrinting.

Very good information. Lucky me I discovered your site by chance (stumbleupon). I have saved it for later!

You need to take part in a contest for one of the finest websites on the internet. I most certainly will recommend this site!

This is a topic that is close to my heart… Cheers! Where are your contact details though?

[…]very couple of internet sites that happen to become comprehensive beneath, from our point of view are undoubtedly nicely really worth checking out[…]

This excellent website certainly has all of the information I wanted concerning this subject and didnít know who to ask.

Hi! I just wish to offer you a big thumbs up for your great info you have here on this post. I am coming back to your blog for more soon.

Hello there, I believe your website might be having web browser compatibility problems. When I take a look at your web site in Safari, it looks fine however when opening in I.E., it’s got some overlapping issues. I just wanted to provide you with a quick heads up! Aside from that, excellent site!

[…]we prefer to honor several other web websites around the web, even if they aren’t linked to us, by linking to them. Under are some webpages really worth checking out[…]

This is a topic which is near to my heart… Take care! Exactly where are your contact details though?

Good blog you have got here.. Itís difficult to find good quality writing like yours nowadays. I truly appreciate people like you! Take care!!

Very good information. Lucky me I discovered your blog by accident (stumbleupon). I’ve book-marked it for later!

[…]usually posts some really exciting stuff like this. If you’re new to this site[…]

A motivating discussion is worth comment. I do think that you should publish more about this subject matter, it might not be a taboo matter but typically people don’t discuss these issues. To the next! All the best!!

Your style is so unique compared to other people I have read stuff from. Thanks for posting when you have the opportunity, Guess I’ll just book mark this web site.

I must thank you for the efforts you’ve put in penning this site. I am hoping to see the same high-grade blog posts from you in the future as well. In fact, your creative writing abilities has encouraged me to get my own website now 😉

Good post. I’m going through some of these issues as well..

That is a very good tip especially to those new to the blogosphere. Brief but very accurate infoÖ Thank you for sharing this one. A must read post!

I love it whenever people get together and share ideas. Great site, keep it up!

I blog quite often and I truly thank you for your information. This article has really peaked my interest. I will book mark your website and keep checking for new details about once a week. I subscribed to your RSS feed too.

Hi, I do believe this is a great web site. I stumbledupon it 😉 I may revisit once again since i have book marked it. Money and freedom is the greatest way to change, may you be rich and continue to guide others.

I really like what you guys are usually up too. This type of clever work and coverage! Keep up the great works guys I’ve incorporated you guys to my blogroll.

Hi, I do think this is a great blog. I stumbledupon it 😉 I will come back once again since I book marked it. Money and freedom is the best way to change, may you be rich and continue to help other people.

Greetings! Very useful advice in this particular article! It is the little changes which will make the greatest changes. Thanks for sharing!

This web site truly has all of the info I needed about this subject and didnít know who to ask.

The very next time I read a blog, Hopefully it won’t fail me just as much as this one. I mean, Yes, it was my choice to read through, nonetheless I genuinely believed you’d have something interesting to say. All I hear is a bunch of complaining about something that you could possibly fix if you weren’t too busy looking for attention.

I could not resist commenting. Very well written!

Your style is really unique in comparison to other folks I have read stuff from. I appreciate you for posting when you’ve got the opportunity, Guess I will just bookmark this site.

After looking at a few of the articles on your site, I really appreciate your way of blogging. I added it to my bookmark webpage list and will be checking back soon. Take a look at my web site as well and tell me your opinion.

After going over a few of the blog articles on your web site, I seriously appreciate your technique of blogging. I bookmarked it to my bookmark website list and will be checking back soon. Take a look at my website as well and let me know how you feel.

Hi, I do think this is a great web site. I stumbledupon it 😉 I’m going to return yet again since I book-marked it. Money and freedom is the best way to change, may you be rich and continue to guide other people. 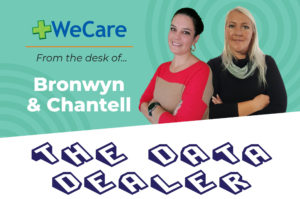