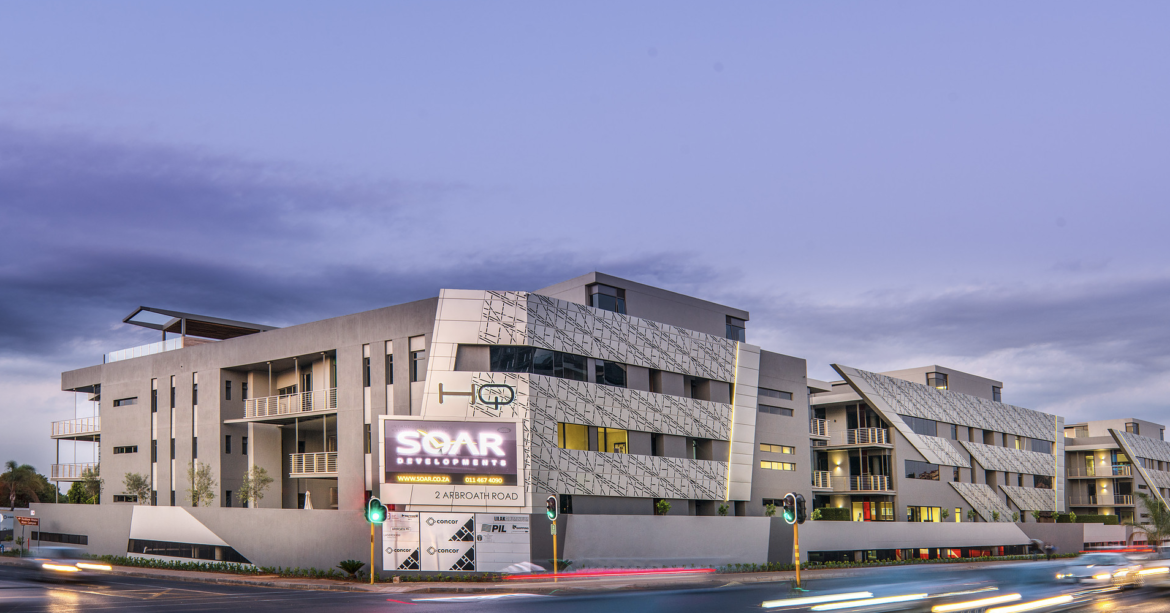 THE Department of Health could move its headquarters from the CBD to Menlyn following continued protests by staff and unions unhappy with the condition of the building.

Spokesperson Popo Maja said Director-General Malebona Matsoso and her counterpart in the Department of Public Works Mziwonke Dlabantu were inspecting three buildings as an alternative.

Earlier this year, Maja told the Pretoria News that the CBD did not have an alternative building that was fully compliant with Occupational Health and Safety Standards. This was after an assessment of several buildings belonging to the Department of Public Works.

The meeting was called after unions and staff members staged a total shutdown of the building. Police were called in to help reopen two side entrances to allow staff who wanted to work to enter the building.

On Thursday morning, the unions told the protesting workers that they were impressed by Motsoaledi’s stance during the urgent meeting. They said Motsoaledi acknowledged all the grievances as legitimate since his personal office was also affected. Maja said: “Yes, a move could be possible, but so far there is a sense that the building might not be able to house the entire staff of approximately 1500 people.

However, if that is the case, the department could be split into different buildings as was done in the past.” Maja said he was happy that staff and unions acknowledged that Motsoaledi was also affected by the same problems they raised. However, he insisted that staff wanting to continue working during the protests should not be prevented from entering the building.

Nehawu’s Bongani Mzolo said the unions gave the departments time to assess recommended buildings and decide if they could be used as alternatives.

“This time we are positive that the departments can finally move until this building in the CBD is properly fixed.

“Motsoaledi told Nxesi that his department was a tenant in the problematic building. He said he should be focused on health issues than finding and fixing buildings.

“We are happy Motsoaledi seems to be on our side and we believe it is time this problem is resolved. We also want the departments to institute a forensic audit and investigate possible corruption that could have taken place between 2004 and 2010 when the building was first renovated.

“How could a building that was vacated to be renovated still have so many problems? We want answers,” said Mzolo. Public Servants Association general manager Ivan Fredericks said it was important that the problem was resolved amicably because the building’s poor ventilation and insufficient air-conditioning was not good for the health of staff members.

5 reasons why you should not eat the...

Everything you need to know about non-disclosure in...

How fasting can improve your overall health

3 Steps To Get Back on Track, Post-Holiday...

What’s in Your Medicine Cabinet?

A motivating discussion is worth comment. I do believe that you need to write more on this issue, it may not be a taboo subject but generally people don’t discuss these subjects. To the next! Many thanks!!

There’s certainly a lot to know about this topic. I really like all of the points you’ve made.

When you are trying to find hired, first impressions are very important! And the absolute first impression hiring decision-makers read about you – is an expert-written cover letter.

There is definately a great deal to learn about this topic. I love all the points you have made.

I seriously love your website.. Excellent colors & theme. Did you make this amazing site yourself? Please reply back as Iím looking to create my own website and want to find out where you got this from or what the theme is called. Kudos!

I used to be able to find good info from your articles.

Hello there! This is my first comment here, so I just wanted to give a quick shout out and say I genuinely enjoy reading your articles. Can you recommend any other blogs/websites/forums that deal with the same subjects? Thanks.

Iím impressed, I have to admit. Rarely do I come across a blog thatís both equally educative and interesting, and let me tell you, you have hit the nail on the head. The problem is something which too few people are speaking intelligently about. Now i’m very happy I came across this during my hunt for something regarding this.

You made some decent points there. I checked on the internet for additional information about the issue and found most individuals will go along with your views on this website.

Very good information. Lucky me I found your website by accident (stumbleupon). I have book-marked it for later!

Your style is really unique compared to other people I’ve read stuff from. Many thanks for posting when you have the opportunity, Guess I will just bookmark this site.

Iím impressed, I have to admit. Seldom do I come across a blog thatís both educative and amusing, and let me tell you, you have hit the nail on the head. The problem is an issue that too few people are speaking intelligently about. I’m very happy that I came across this during my hunt for something relating to this.

Greetings! Very useful advice in this particular article! It’s the little changes that make the most significant changes. Many thanks for sharing!

This is a very good tip particularly to those new to the blogosphere. Brief but very precise informationÖ Thanks for sharing this one. A must read post!

Good information. Lucky me I found your site by accident (stumbleupon). I have saved it for later!

Having read this I thought it was very enlightening. I appreciate you finding the time and energy to put this article together. I once again find myself spending a significant amount of time both reading and commenting. But so what, it was still worthwhile!

That is a really good tip particularly to those fresh to the blogosphere. Short but very precise infoÖ Appreciate your sharing this one. A must read post!

Hi, I do believe this is an excellent website. I stumbledupon it 😉 I’m going to come back yet again since i have book-marked it. Money and freedom is the best way to change, may you be rich and continue to help others.

Iím amazed, I have to admit. Rarely do I encounter a blog thatís both educative and engaging, and let me tell you, you have hit the nail on the head. The problem is something too few folks are speaking intelligently about. I’m very happy that I came across this in my hunt for something relating to this.

Pretty! This was an incredibly wonderful post. Many thanks for supplying these details.

I blog frequently and I genuinely thank you for your information. This great article has truly peaked my interest. I am going to take a note of your site and keep checking for new details about once per week. I opted in for your RSS feed too.

Having read this I believed it was very informative. I appreciate you taking the time and effort to put this information together. I once again find myself personally spending way too much time both reading and posting comments. But so what, it was still worthwhile!

I needed to thank you for this fantastic read!! I absolutely loved every bit of it. I have got you saved as a favorite to look at new stuff you postÖ

You are so interesting! I do not believe I have read through a single thing like this before. So great to discover another person with a few original thoughts on this subject. Seriously.. many thanks for starting this up. This site is something that is required on the internet, someone with a bit of originality!

Hello there! I could have sworn Iíve visited your blog before but after going through many of the posts I realized itís new to me. Anyways, Iím certainly pleased I stumbled upon it and Iíll be bookmarking it and checking back regularly!

This is a topic that’s close to my heart… Best wishes! Where are your contact details though?

Hi, I do think your website might be having internet browser compatibility problems. Whenever I take a look at your website in Safari, it looks fine however, if opening in I.E., it’s got some overlapping issues. I merely wanted to give you a quick heads up! Besides that, great site!

Wonderful article! We are linking to this great post on our website. Keep up the great writing.

You need to take part in a contest for one of the highest quality blogs on the internet. I am going to highly recommend this site!

I used to be able to find good advice from your blog posts.

Pretty! This was an extremely wonderful article. Many thanks for providing these details.

I used to be able to find good advice from your blog articles.

Good day! I simply would like to offer you a big thumbs up for the excellent information you have got here on this post. I am coming back to your blog for more soon.

Spot on with this write-up, I actually think this website needs a great deal more attention. Iíll probably be returning to see more, thanks for the information!

Hello! I could have sworn Iíve been to this web site before but after going through many of the articles I realized itís new to me. Anyways, Iím definitely delighted I found it and Iíll be book-marking it and checking back frequently!

Way cool! Some very valid points! I appreciate you penning this post plus the rest of the website is also very good.

A fascinating discussion is worth comment. I do believe that you ought to publish more on this subject matter, it might not be a taboo matter but usually people do not speak about such issues. To the next! All the best.

I was able to find good info from your content.

Good post. I learn something totally new and challenging on blogs I stumbleupon everyday. It’s always interesting to read through content from other authors and use something from other web sites.

[…]usually posts some quite exciting stuff like this. If you’re new to this site[…]

There is definately a great deal to learn about this issue. I really like all of the points you made.

Almost all companies see the duties/responsibilities resume template, as antiquated and of no value. Instead, companies wish to read what distinguishes you from other competitors, with actual instances of improvements you have made for past companies.

Basically want to point out Now i’m delighted I happened onto your webpage!|

[…]that may be the finish of this post. Right here you’ll come across some websites that we think you will appreciate, just click the hyperlinks over[…]