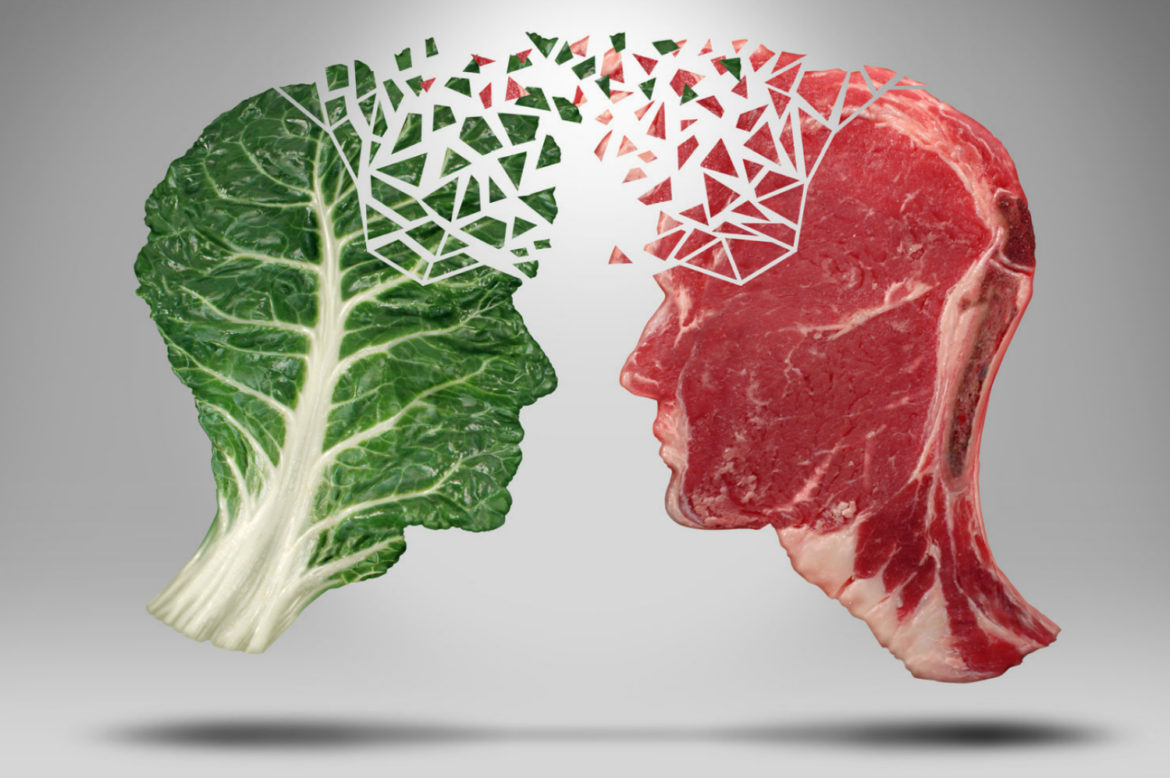 For many vegans, the health benefits are one of the motives for switching to a plant-based diet. This does not, however, guarantee to be fit and ready for work, a study suggests.

Vegans are more likely to succumb to winter bugs, taking almost twice the average time away from their desk for illness. This works out as nearly five days a year, three times as much as meat-eaters, reveals research on 1,000 office workers.

Vegans are also three times more likely than the average person to visit their GP during the cold and flu season. This month has been dubbed ‘Veganuary’ by a campaign to persuade Britons to adopt the diet – and bakery chain Greggs has even launched a vegan sausage roll. But the study by Fisherman’s Friend indicates vegans take 4.78 days off a year for colds, flu and minor ailments. Meat-eaters take 1.4 days off work a year for these reasons, and vegetarians take 2.6 days, while the average among all British workers is 2.5 days.

The annual survey adds that vegans take more sick days than gluten-free and lactose-intolerant people combined. The results also show that vegans are three times more likely to visit their GP for a cold or the flu, booking 2.6 appointments a year to see a doctor compared to the national average of 0.7 visits.

Their sick days are on the rise, with two-thirds of vegans admitting to taking more time off work due to minor illness than in previous years. Among meat-eaters, half had taken the same amount of time off as the year before and a third had taken less.

The subject of diets was behind the resignation of William Sitwell as editor of Waitrose Food magazine after his joke to a freelance writer who had suggested a series on plant-based meals.

He replied: ‘How about a series on killing vegans, one by one? Expose their hypocrisy? Force-feed them meat?’

Last month vegan protesters occupied a Waitrose supermarket to tell shoppers looking for festive turkeys that they were ‘buying death for a cruel tradition’.

Jon White, of lozenge marker Fisherman’s Friend, said: ‘Every year we spot different trends but this is the first time we have recorded how many days people take off according to their diet type.’ He said there was no ‘firm explanation’ why vegans may have more time off sick.

Heather Russell, of The Vegan Society, said: ‘Research links this way of eating with lower blood pressure and cholesterol, and lower rates of heart disease, type 2 diabetes and some cancers.’

Being closer to nature can reduce distress, behavioural problems in kids

Here are four ways to improve your dental hygiene

How to be environment-friendly during periods

10 TIPS TO HELP YOU STAY HEALTHY DURING...

Smart Ways to Eat Healthy During the Holidays

You’re eating more sugar than you think and...

With havin so much content do you ever run into any problems of plagorism or copyright infringement? My blog has a lot of unique content I’ve either created myself or outsourced but it seems a lot of it is popping it up all over the internet without my permission. Do you know any methods to help prevent content from being ripped off? I’d genuinely appreciate it.

I value the knowledge on your websites. Thank you

Very few writers with proper expertise of the subjects they discuss.

After I originally left a comment I appear to have clicked on the -Notify me when new comments are added- checkbox and from now on whenever a comment is added I recieve 4 emails with the exact same comment. Is there a way you can remove me from that service? Kudos!

This website really has all the information I wanted concerning this subject and didnít know who to ask.