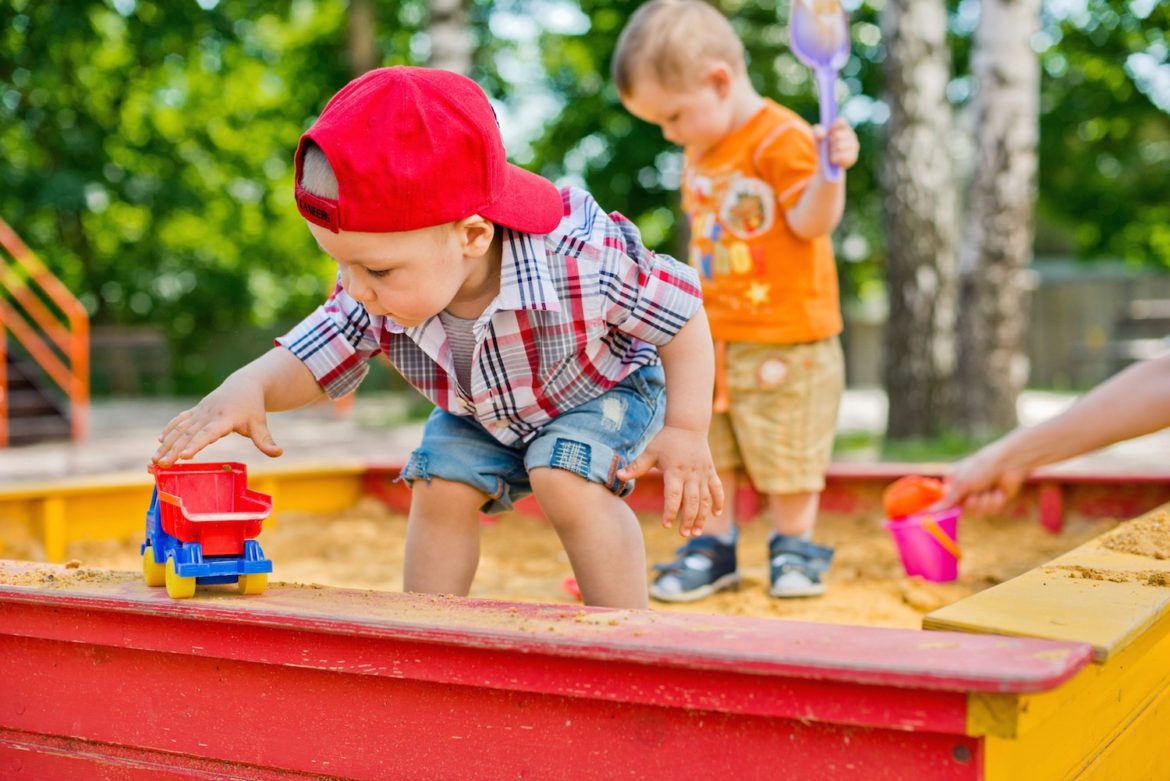 Primary school students have over 4000 play and lunch periods. This is a substantial period of time we can utilise to improve play habits and behaviour.

To enhance the quality of outdoor play, primary schools are moving away from more traditional, fixed school play facilities (such as monkey bars and slides) and embracing everyday equipment.

This includes loose, recycled or scrap parts (blocks for climbing/building, tunnels, pipes, crates, foam, rubber and plastic parts) and sports equipment (balls, bats, boards and hoops). The equipment can be transformed according to students’ play needs over time.

Sourced from households and the community, the equipment strategy has been recognised as cost-effective, sustainable and continues to produce cognitive, social and physical benefits for primary school students.

Research has found the introduction of everyday equipment into outdoor school spaces has resulted in significant increases in primary school students’ physical activity intensity during active play, step counts, types (and complexity) of play, physical quality of life, enjoyment and can complement the national curriculum.

Students have used the movable equipment to work cooperatively in different team roles to design, plan, construct, observe, negotiate and learn from each other to discover new ideas to solve problems.

Research is unveiling that everyday equipment can align with the play needs of girls within school spaces, as girls tend to enjoy play opportunities that are more creative, imaginative and social.

The introduction of every day “mobile” equipment has the potential to improve students’ creativity and initiative by increasing the number of play variables (such as colours, shapes, sizes, types, quantities, potential locations) available. Students can then take advantage of increased play options to make their own games, discoveries and obstacle courses.

With more play options, students are more challenged, preventing frustration and boredom. Boredom can result from being exposed to the same fixed playground equipment lodged in the same location year after year.

What can parents do at home?

Because everyday equipment is sourced from homes, play can be replicated beyond school time. Here are a few tips:

make sure kids have enough space for multiple play areas to avoid collisions ensure the area is clear of any hazards such as wires and glass. Grass areas with trees are best, allowing a softer surface for landing. Hard-surface undercover areas can be an alternative during wet conditions

source movable equipment from either the home or community, including milk crates, pipes, plastic sheets, tyre tubes, wooden planks, plastic sheets, assorted play balls, bats and rope. Cardboard boxes and plastic objects such as buckets, baskets and hula hoops can be useful short-term play options, but can be less sustainable

start by introducing around five types of equipment and occasionally add more items over time. Teachers have reported this strategy works better than giving too many options at once provide a large storage area (container, pod or cage) to put all the equipment away at the end of the week, session or before rainy weather. Cardboard boxes can go out of shape quickly, especially with rain.

although supervision is important, make sure children can direct their own play without too much adult intervention. Self-directed play and providing adequate levels of risk and challenge is vital for children’s development. Adults also need to be accepting that it could get messy have a rule that allows kids to have specific equipment for the entire week and then be distributed to others the following week. Consider rules such as no stacking or jumping from equipment above waist height on harder surfaces

have a routine for an adult to regularly check for any damaged equipment (such as removing equipment with wooden/plastic splinters). The adult can also reflect on how the children are using the equipment (for example, consider if anything should be added or removed to aid the play structures).

We need to give kids more space to be creative, especially in outdoor school spaces, to develop the cognitive, social and physical capabilities they’ll need into adulthood.

The Conversation. Read the original article

The importance of washing your hands

Is It Safe to Use Generics for Epilepsy?

The 15 Best Supplements to Boost Your Immune...