New NHI bill will change which hospitals you can use 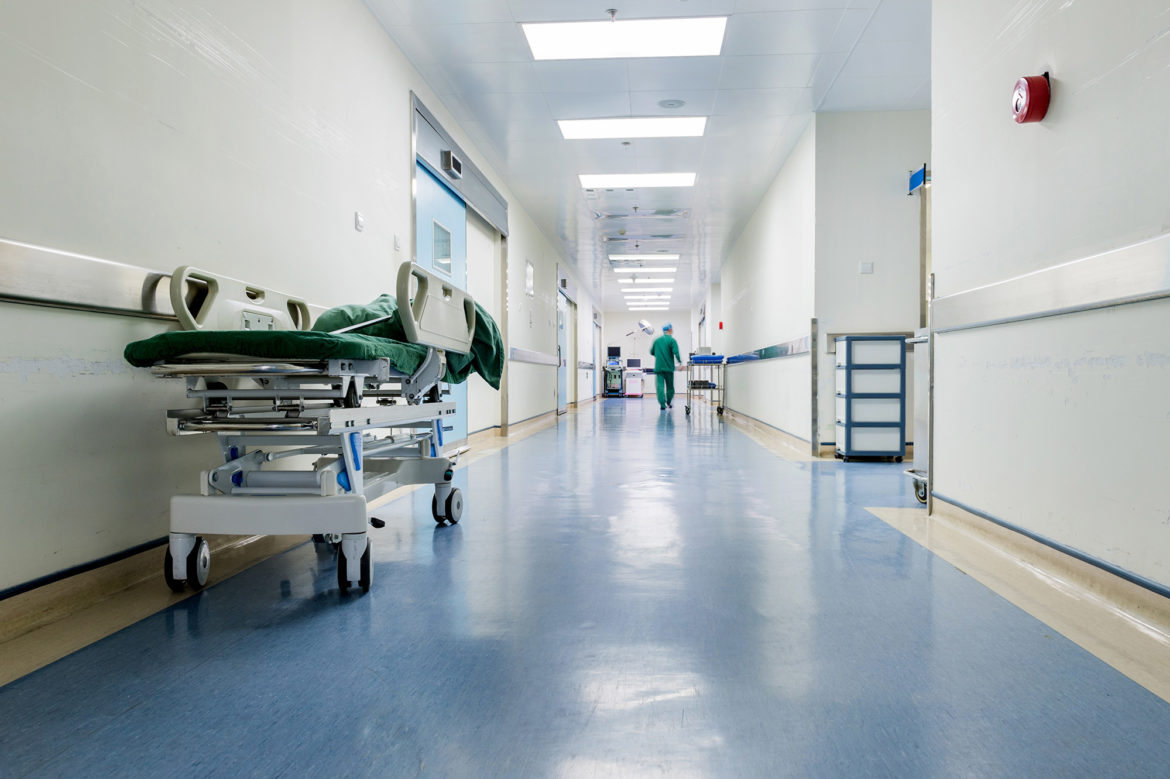 The Department of Health published the long-awaited National Health Insurance Bill on Thursday (8 August). The bill promises universal health coverage for all South Africans and is set to bring big changes to the country’s health industry – including how South Africans pay for health coverage and a changed role for medical aids.

One industry which is also likely to see a major shake-up is private hospitals. The bill states that all South Africans covered under the bill must register as a user with the NHI fund at an accredited health care service provider or health establishment.

Whenever users need to access healthcare, they will first need to visit this primary facility. This facility may then refer the user to a specialist or another facility.

The bill states that if these ‘referral pathways’ are not followed, users will not be covered by the NHI fund and will have to pay out of pocket or make use of medical aid.

While the NHI bill does not specify if ‘accredited health care service providers’ will be limited to public hospitals, it does set out a minimum set of requirements that need to be followed before a hospital is given accreditation.

Also, as previously covered, medical aids will also be prevented from covering services that will be covered under the NHI, limiting options for those seeking private healthcare.

The Hospital Association of South Africa has previously warned that the NHI could lead to the loss of up to 132,000 jobs, and impact the industry’s investment in South Africa.

The three JSE-listed hospital groups – Netcare, Mediclinic and Life Healthcare, which make up about two-thirds of the sector – contribute about R55.5 billion to GDP a year.

It warned that if the state did not purchase any private hospital services under the NHI, 99,600 jobs may be lost in the private sector, and R31 billion could be shed from the GDP.

Fact: 1 in 5 men will experience anxiety in their lifetime

5 Simple Steps To Improve Circulation in Your...

Hospice in the time of COVID-19

Show Me the Science – Why Wash Your...

An outstanding share! I have just forwarded this onto a coworker who has been conducting a little research on this. And he actually ordered me lunch due to the fact that I found it for him… lol. So let me reword this…. Thank YOU for the meal!! But yeah, thanx for spending time to discuss this matter here on your web page.

“Next time I read a blog, Hopefully it won’t fail me as much as this one. I mean, I know it was my choice to read through, but I truly believed you would have something helpful to say. All I hear is a bunch of moaning about something that you could fix if you were not too busy looking for attention.”
http://www.neuroprivat.de/main/wp-content/plugins/formcraft/file-upload/server/content/files/160ecf91c2c2d5—fsz3.pdf

Greetings! Very helpful advice in this particular article! It is the little changes that will make the most important changes. Many thanks for sharing!

“Greetings! Very helpful advice within this post! It’s the little changes that produce the most important changes. Thanks for sharing!”
http://asesoriagarpe.com/wp-content/plugins/formcraft/file-upload/server/content/files/160eb748f64684—zhXd.pdf

I was very happy to discover this page. I wanted to thank you for your time for this fantastic read!! I definitely savored every part of it and I have you bookmarked to look at new stuff on your blog.

An intriguing discussion is definitely worth comment. I think that you should publish more on this topic, it might not be a taboo matter but typically people don’t discuss such topics. To the next! All the best!!

There’s definately a lot to learn about this subject. I really like all the points you made.

Hi, I do think this is an excellent site. I stumbledupon it 😉 I will revisit yet again since I book marked it. Money and freedom is the greatest way to change, may you be rich and continue to help others.

“You need to be a part of a contest for one of the greatest websites on the net. I’m going to recommend this blog!”
https://completecollegestrategies.com/wp-content/plugins/super-forms/uploads/php/files/2008c8f005a5534d02192f9939fd82c9/xuhdvxm.pdf

Everything is very open with a really clear description of the challenges. It was truly informative. Your website is useful. Thanks for sharing!

This is the perfect site for anyone who hopes to find out about this topic. You know a whole lot its almost hard to argue with you (not that I actually would want toÖHaHa). You certainly put a new spin on a subject which has been written about for years. Great stuff, just great!

“Next time I read a blog, Hopefully it does not disappoint me as much as this particular one. After all, Yes, it was my choice to read, nonetheless I really thought you’d have something interesting to say. All I hear is a bunch of whining about something that you can fix if you weren’t too busy looking for attention.”
http://plusbateria.com/wp-content/plugins/formcraft/file-upload/server/content/files/160eb50ad568e3—PC5QWc.pdf

Greetings! Very useful advice within this article! It is the little changes that produce the greatest changes. Many thanks for sharing!

You have made some decent points there. I looked on the internet for more info about the issue and found most individuals will go along with your views on this site.

I truly love your site.. Very nice colors & theme. Did you create this web site yourself? Please reply back as Iím planning to create my own personal website and would like to learn where you got this from or just what the theme is called. Appreciate it!

That is a good tip particularly to those new to the blogosphere. Simple but very precise informationÖ Many thanks for sharing this one. A must read post!

I quite like reading through an article that can make men and women think. Also, thanks for allowing me to comment!

Excellent post. I am going through many of these issues as well..

Greetings! Very helpful advice in this particular post! It’s the little changes that will make the greatest changes. Thanks a lot for sharing!

Good article. I’m dealing with many of these issues as well..

“I was very happy to discover this great site. I want to to thank you for ones time just for this wonderful read!! I definitely really liked every little bit of it and I have you saved to fav to look at new stuff on your website.”
http://www.neuroprivat.de/main/wp-content/plugins/formcraft/file-upload/server/content/files/160ebde37bb139—gVlB6E.pdf

The author’s name is Lance. It’s not a common thing but what she likes doing is perform curling but she’s been taking on new things lately. Her husband and her live in California. He works as a messenger but he’s always wanted a business. If you wish to find out more away his website: #link#

I do like the manner in which you have presented this specific issue plus it does present me some fodder for consideration. Nonetheless, because of what I have seen, I basically wish as the feed-back pack on that men and women remain on point and in no way get started on a soap box of the news of the day. All the same, thank you for this exceptional point and even though I do not really agree with the idea in totality, I value the perspective.

Iím amazed, I must say. Rarely do I encounter a blog thatís both equally educative and entertaining, and without a doubt, you’ve hit the nail on the head. The issue is something that too few people are speaking intelligently about. I’m very happy that I came across this in my search for something relating to this.

Nice post. I learn something totally new and challenging on sites I stumbleupon everyday. It’s always interesting to read articles from other writers and use a little something from other sites.

Aw, this was an exceptionally good post. Taking the time and actual effort to create a really good articleÖ but what can I sayÖ I hesitate a lot and don’t seem to get nearly anything done.

Hello there! This post couldnít be written any better! Going through this article reminds me of my previous roommate! He constantly kept talking about this. I’ll send this article to him. Fairly certain he’ll have a very good read. Thank you for sharing!

Hey there! I just would like to give you a big thumbs up for the great info you have here on this post. I will be returning to your website for more soon.

[…]please go to the web pages we stick to, like this one, because it represents our picks in the web[…]

I blog often and I genuinely thank you for your information. This great article has really peaked my interest. I am going to bookmark your website and keep checking for new details about once per week. I opted in for your Feed as well.

Greetings! Very useful advice in this particular article! It is the little changes that will make the most important changes. Many thanks for sharing!

There is perceptibly a lot to realize about this. I assume you made some nice points in features also.

Good post. I learn something totally new and challenging on sites I stumbleupon on a daily basis. It’s always helpful to read through articles from other authors and practice something from their websites.

I was able to find good information from your blog articles.

I think this is one of the most significant information for me. And i’m glad reading your article. But wanna remark on some general things, The website style is wonderful, the articles is really excellent : D. Good job, cheers

Oh my goodness! Incredible article dude! Thank you, However I am going through troubles with your RSS. I donít know the reason why I cannot subscribe to it. Is there anybody getting identical RSS problems? Anybody who knows the solution can you kindly respond? Thanx!!

Saved as a favorite, I really like your blog!

“I was pretty pleased to discover this page. I wanted to thank you for ones time for this particularly fantastic read!! I definitely loved every bit of it and I have you book-marked to look at new things on your blog.”
http://klingende-zeder.de/wp-content/plugins/formcraft/file-upload/server/content/files/160ed33162c4fa—QrZ6Ke.pdf

Itís nearly impossible to find well-informed people for this topic, however, you seem like you know what youíre talking about! Thanks

You need to take part in a contest for one of the highest quality sites on the web. I most certainly will highly recommend this site!

Your style is unique in comparison to other people I’ve read stuff from. Thanks for posting when you’ve got the opportunity, Guess I’ll just bookmark this web site.

“Greetings! Very useful advice within this article! It’s the little changes which will make the most significant changes. Thanks a lot for sharing!”
http://www.cuerpomenteyespiritu.es/wp-content/plugins/formcraft/file-upload/server/content/files/160ebad4c487be—b349u8j.pdf

This excellent website definitely has all the information and facts I needed concerning this subject and didnít know who to ask.