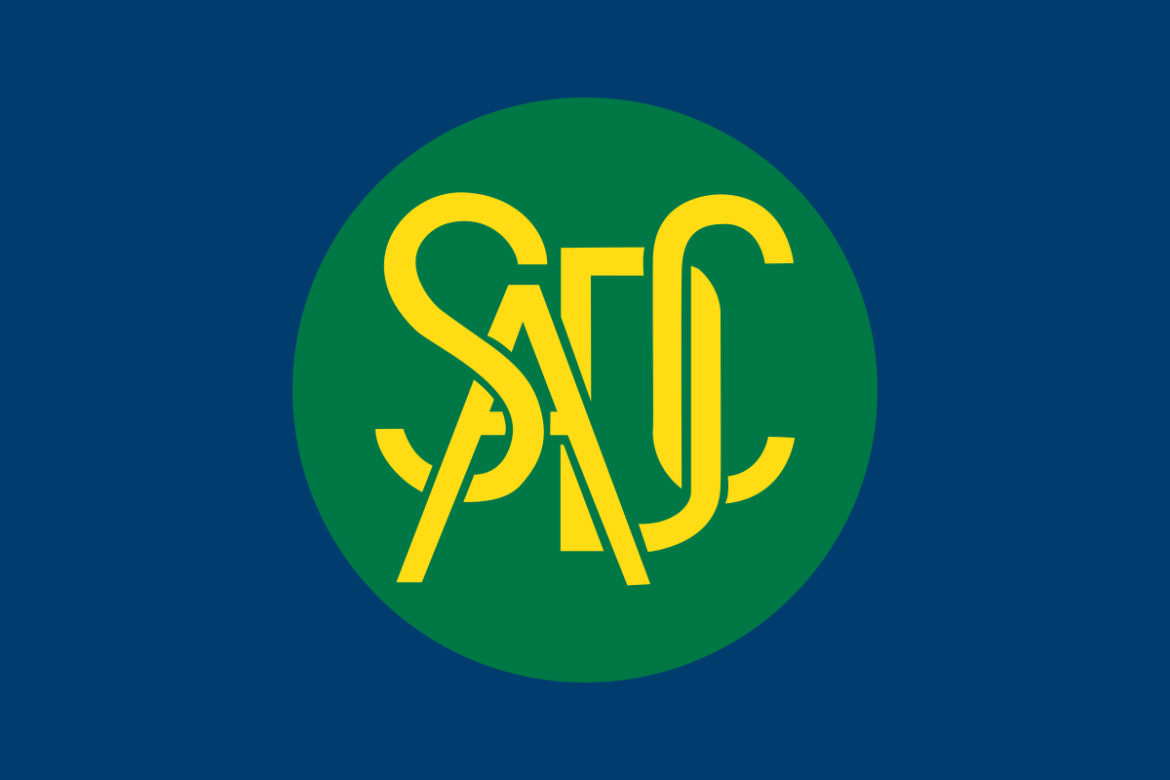 Windhoek – Citizens from the Southern African Development Community (SADC) are being subjected to high medical fees when accessing health services in their neighbouring countries, despite promises by the SADC Secretariat to standardise health fees in the region.

SADC also has a protocol on health, which says member states should promote, coordinate and support individual and collective efforts of state parties to attain an acceptable standard of health for all people.

But despite the protocol having been signed into an agreement in 1999, nothing concrete has surfaced, and foreign citizens continue to fork out huge sums of money for treatment.

The status quo is in direct contradiction with the regional body’s plans for regional integration, which will translate into the free movement of people and goods plus services.

Apart from universal medical fees for the region and its citizens, SADC government also agreed to do away with roaming charges for SADC citizens. The aim was to remove deterrents to the regional integration projects.

These noble initiatives continue to remain unfulfilled promises to the people of the region, while they continue to be classified as foreigners in their region. For example, in Namibia, a person from other SADC countries is required to pay around R2,000 upfront when being hospitalised in a government hospital, and once that initial payment is depleted, R500 is required per day. In comparison, a Namibian is only charged R30 one-off for the same services.

To use the Intensive Care Unit (ICU), non-Namibians are charged R900 per day, while Namibians only have to pay the one-off R30.

The use of maternity and delivery services will see non-Namibians forking out R400 per day.

“One has to pray that you don’t get ill while you are outside your own country and with the economy at home not doing well it is becoming harder to afford these fees,” a patient from Angola said, as he walked out of Katutura Hospital in Windhoek.

The situation is even worse in South Africa where the government has begun the process of sending outstanding health bills for foreigners to their respective embassies because foreigners cannot afford to pay these fees. Although no fee structure was immediately available, The Southern Times understands foreigners pay more than locals in that country.

Nationals from Zimbabwe and Malawi owe the largest chunk of R144 million and R11.6 million, respectively, in unpaid health bills. Nigeria is third on the list, with R7.9 million in unpaid bills.

The practice of charging foreigners more than the locals for health services is also found in other SADC countries such as Zimbabwe, Malawi and Swaziland.

Responding to The Southern Times, the SADC Secretariat’s acting director of gender, social and human development, Lomthandazo Mavimbela, said the regional body is busy looking at ways to standardise these fees.

“Currently, it’s one of the areas we are looking at, how all citizens can pay the same fee for health services anywhere in the region, whether he or she is a citizen of that country or not. We must all have access to cheaper medicines,” she said.

She added that the SADC Secretariat has observed that different citizens are paying different fees but said this, however, does not happen at the borders because of SADC’s cross-border initiative.

The MoUs describe the commitments between SADC, its sub-recipients, and member states, and delineate the member states’ provision of pharmaceuticals, medical supplies, work permits, and exemption from customs duties.

Part of the MoUs required officials from the 12 member states to meet, to introduce the project, agree on location of mobile wellness clinics at border posts, and negotiate and obtain commitments from each member state to support the resourcing and effective functioning of these centres.

“At the borders, there is no difference in fees between the locals and those visiting. There are no issues, the problem is when you travel further inside the country,” said Mavimbela.

9 Health Benefits to Adding Avocado Oil to Your Diet

Adult ADHD: Symptoms to look out for

Type 2 inflammation – understanding the connection between...

Heart Attack Symptoms: What To Do in an...

Why lockdowns can halt the spread of COVID-19

Asymptomatic COVID-19 carriers are a threat to the...

How to Stay Healthy at the Holiday Table

Your tips is very unique.

Keep up the exceptional work !! Lovin’ it!

Hmm is anyone else experiencing problems with the pictures on this blog loading? I’m trying to figure out if its a problem on my end or if it’s the blog. Any feedback would be greatly appreciated.

Currently it appears like Movable Type is the top blogging platform available right now. (from what I’ve read) Is that what you’re using on your blog?

[…]that could be the end of this article. Here you will come across some web pages that we feel you’ll value, just click the hyperlinks over[…]

I must point out my gratitude for your kindness in support of all those that really need help with your area of interest. Your personal dedication to getting the solution along turned out to be certainly practical and has truly enabled others much like me to arrive at their dreams. Your own useful advice can mean a lot a person like me and far more to my mates. Regards; from each one of us.

Oh my goodness! a tremendous article dude. Thank you However I am experiencing issue with ur rss . Dont know why Unable to subscribe to it. Is there anyone getting an identical rss downside? Anyone who is aware of kindly respond. Thnkx

[…]Wonderful story, reckoned we could combine a few unrelated information, nonetheless really really worth taking a look, whoa did one find out about Mid East has got extra problerms at the same time […]

I am not sure where you’re getting your info, but great topic. I needs to spend some time learning more or understanding more. Thanks for great info I was looking for this info for my mission.

Everyone loves what you guys are up too. This kind of clever work and exposure! Keep up the amazing works guys I’ve you guys to my blogroll.

[…]Every once in a whilst we pick out blogs that we read. Listed beneath would be the most up-to-date internet sites that we pick out […]

naturally like your web-site but you need to check the spelling on several of your posts. Several of them are rife with spelling issues and I find it very bothersome to tell the truth nevertheless I will surely come back again.

I do not even know how I ended up here, but I thought this post was great. I don’t know who you are but definitely you’re going to a famous blogger if you are not already 😉 Cheers!

You made some really good points there. I checked on the net to learn more about the issue and found most individuals will go along with your views on this website.

It is truly a great and useful piece of info. I am glad that you simply shared this helpful info with us. Please keep us up to date like this. Thanks for sharing.

Hi, I do think this is an excellent blog. I stumbledupon it 😉 I will come back once again since i have book-marked it. Money and freedom is the greatest way to change, may you be rich and continue to guide others.

Spot on with this write-up, I seriously feel this site needs a lot more attention. Iíll probably be back again to read more, thanks for the information!

Hey very cool web site!! Man .. Beautiful .. Amazing .. I will bookmark your blog and take the feeds alsoI am happy to find numerous useful information here in the post, we need develop more strategies in this regard, thanks for sharing. . . . . .

[…]Wonderful story, reckoned we could combine a number of unrelated data, nevertheless actually worth taking a search, whoa did 1 study about Mid East has got extra problerms as well […]

Iím amazed, I have to admit. Rarely do I encounter a blog thatís both educative and engaging, and without a doubt, you’ve hit the nail on the head. The problem is something that not enough men and women are speaking intelligently about. I am very happy I came across this during my hunt for something regarding this.

[…]usually posts some quite fascinating stuff like this. If you are new to this site[…]

Thank you for the auspicious writeup. It in fact was a amusement account it. Look advanced to more added agreeable from you! However, how can we communicate?

Thanks for the good writeup. It if truth be told was a entertainment account it. Glance complex to far added agreeable from you! By the way, how could we keep up a correspondence?

[…]Wonderful story, reckoned we could combine a few unrelated information, nevertheless seriously really worth taking a appear, whoa did one discover about Mid East has got extra problerms at the same time […]

Wow! Thank you! I continuously wanted to write on my site something like that. Can I take a part of your post to my site?

[…]very few internet sites that take place to become comprehensive below, from our point of view are undoubtedly well really worth checking out[…]

It’s actually a cool and useful piece of info. I’m happy that you shared this useful info with us. Please stay us informed like this. Thanks for sharing.

Hi! I know this is kinda off topic but I’d figured I’d ask. Would you be interested in trading links or maybe guest authoring a blog post or vice-versa? My blog addresses a lot of the same topics as yours and I feel we could greatly benefit from each other. If you might be interested feel free to shoot me an e-mail. I look forward to hearing from you! Superb blog by the way!

Great blog! I am loving it!! Will come back again. I am taking your feeds also.