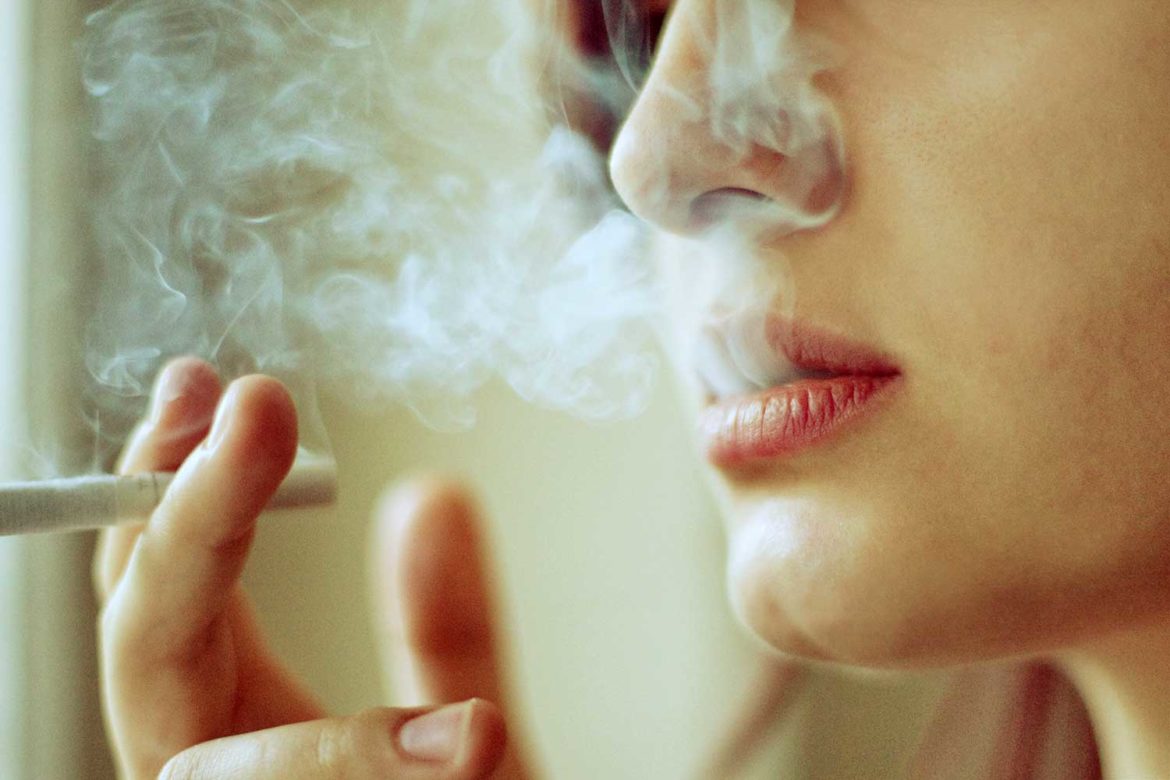 Young South Africans continue to light up but proposed legislation aims to increase the number of people who turn their backs on tobacco products.

When South Africa introduced designated smoking areas in restaurants and bars there was vehement opposition from sections of the hospitality industry. They argued that the public would stop eating out, restaurants would lose revenue and even close down, and jobs would be lost. Besides, they contended, no one would obey the law.

But two decades later, smoking in non-smoking sections of a restaurant has become taboo. Ordinary South Africans and the hospitality sector have policed the legislation. And despite those initial concerns,research from the University of Cape Town shows that none of the 700 restaurants surveyed saw a drop in patrons or profits by marking off designated smoking areas.

Of the restaurants, only 1% allowed patrons to smoke wherever they wanted to while more than 40% followed a no-smoking policy, a little over 40% designated an area outside for smoking, and just 11% had a designated area for smoking inside.

No-smoking areas within restaurants and other public spaces are the norm. The legislation, and the annual increase in the price of cigarettes, led to a consistent decrease in the prevalence of smokers from about 38% in 1998 to between 16% and 18% in 2012. But South Africa has not seen a significant drop in consumption of tobacco products since 2012 – and what’s more worrying is there’s no reduction in the prevalence of smoking among young people.

The Draft Control of Tobacco Products and Electronic Delivery Systems Bill – which is out for public comment until 9 August – will address this problem.

A number of legislative shifts will happen through the legislation. The first declares any enclosed public area 100% smoke-free, and proposes introducing some outdoor public places smoke-free too. There is good reason for this. Research shows that second-hand smoke is as harmful as smoking. When a smoker lights up in front of a non-smoker, the non-smoker develops a 30% higher chance of getting heart disease.

Smoke-free public spaces are a well-documented strategy to reduce the number of cigarettes that people smoke and to move them towards stopping completely. An Africa Centre for Tobacco Industry Monitoring and Policy Research (ATIM) study last year found that about a third of non-smokers are exposed to second-hand smoke at restaurants.

The second major shift is around the regulation of e-cigarettes, which have become a familiar sight in public places. The current tobacco control legislation was introduced before e-cigarettes were available so there are no laws governing their use or the advertising, marketing and sponsorship of them. This has meant that e-cigarette manufacturers have used the legislative vacuum to promote these devices and make unsubstantiated claims about the impact they have on public health, as well as their efficacy as a quit tool. They have attempted to falsely position the use of e-cigarettes as healthy, sexy and attractive, with a particular focus on getting young people to use the product.

This is set to change as the bill restricts the use of e-cigarettes in all areas where combustible cigarettes are not allowed. Marketing, advertising and the sponsorship of e-cigarettes will also be banned and their sale will be restricted to adults over the age of 18.

E-cigarette use has been linked to the development of lung diseases, and if used during pregnancy, can cause sudden infant death syndrome. Studies have also linked e-cigarettes to an increased heart rate and high blood pressure.

South Africa will join 83 other countries that regulate e-cigarettes.

The next shift is that packaging of tobacco products will change too. The ATIM study found that only 13% of smokers are motivated by the text warnings to quit. Change was needed to ensure that South Africans take heed of the health warnings. The draft bill introduces uniform packaging for all brands and pictorial warnings on all packages. This will remove all advertising on the package, and make it harder to ignore the health warning. Plain packaging, as this intervention is called, has resulted in a significant drop in consumption in Australia where it was introduced in 2012.

Tobacco use is one of the top-five risk factors that contribute to South Africa’s disease burden. It increases the risk of several chronic diseases including cancers, pneumonia, ischaemic heart disease and stroke. Smokers also face double the risk of developing tuberculosis.

South Africa’s smoking rates are the highest on the continent – and trends show that these figures will increase over the next 15 years. The new tobacco control legislation should be seen as South Africa’s response to the escalating increase in non-communicable diseases such as cancers, heart disease and strokes. DM

Savera Kalideen is the Executive Director of the National Council Against Smoking. The draft bill is out for public comment until 9 August: send submissions to www.againstsmoking.co.za

WHILE WE HAVE YOUR ATTENTION…

An increasingly rare commodity, quality independent journalism costs money – though not nearly as much as its absence.

Every article, every day, is our contribution to Defending Truth in South Africa. If you would like to join us on this mission, you could do much worse than support Daily Maverick’s quest.

Truth. Nothing more. Nothing less.

Here’s why you should stay with one doctor...

What is depression and what can I do...

Get your workplace ready for COVID-19

Stress, depression and the holidays: Tips for coping

Is Hummus Actually Healthy? Here’s What the Experts...

When flu season comes around, make sure you’re...

8 ways to protect your mental health

Taller men may have lower dementia risk in...

This post gives clear idea in favor of the new visitors
of blogging, that actually how to do blogging and site-building.

Thanks for sharing superb informations. Your web site is very cool. I’m impressed by the details that you’ve on this blog. It reveals how nicely you understand this subject. Bookmarked this web page, will come back for more articles. You, my pal, ROCK! I found just the info I already searched everywhere and simply could not come across. What a perfect web-site.

Hmm is anyone else encountering problems with the images on this blog loading?
I’m trying to find out if its a problem on my end or if
it’s the blog. Any responses would be greatly appreciated.

Rolex’s biggest strengths is really water-resistant and moreover an automatic.

Fantastic beat ! I wish to apprentice whilst you amend your web
site, how can i subscribe for a weblog web site? The account aided me a acceptable deal.
I had been tiny bit familiar of this your broadcast provided vibrant transparent concept
adreamoftrains web hosting