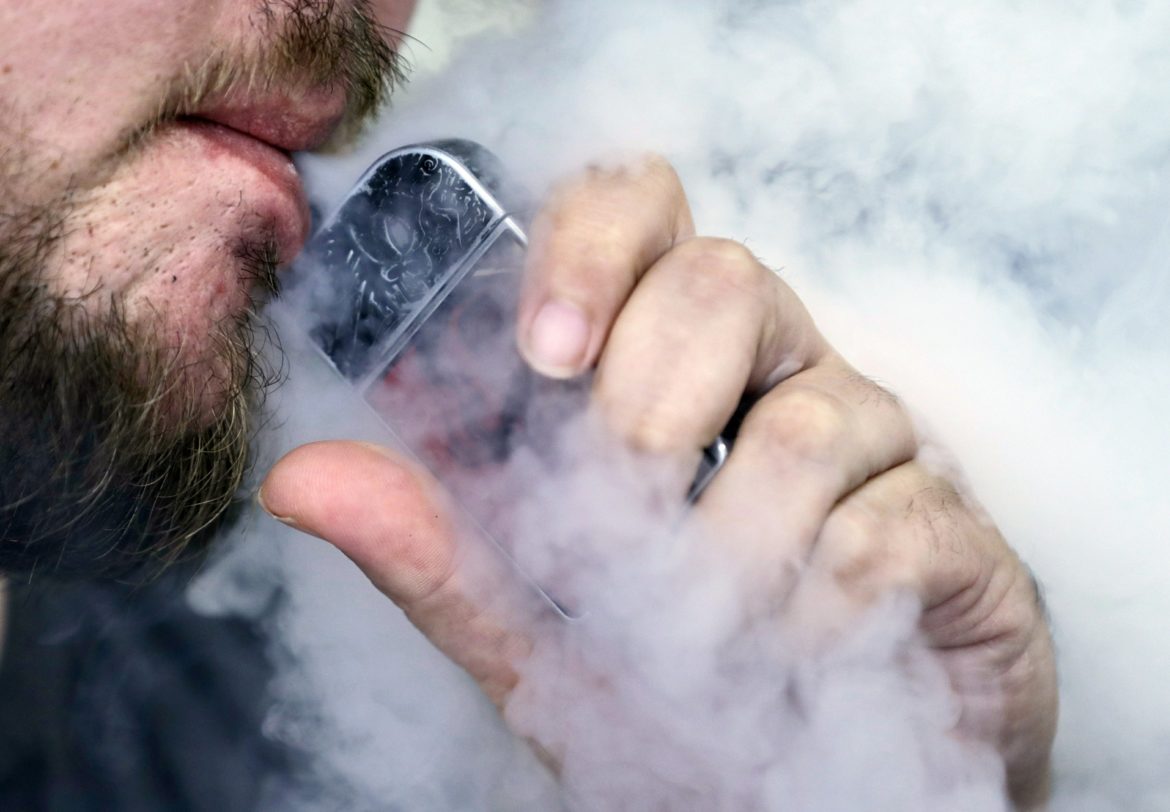 London – Doctors have called for an immediate ban on vaping to protect children. The American Medical Association says millions of teenagers are addicted to e-cigarettes.

The products, which contain a liquid form of nicotine that is inhaled as a vapour, have also been linked to 42 deaths and more than 2 000 cases of lung illness.

“It’s simple, we must keep nicotine products out of the hands of young people,” said Dr. Patrice Harris, the association’s president.

“The recent lung illness outbreak has alarmed physicians and the broader public health community and shined a light on the fact that we have very little evidence about the short- and long-term health consequences of e-cigarettes and vaping products.”

The association, which represents 217 490 doctors, has agreed to lobby Washington to pull all vaping products from shelves.

More than 28 percent of high school students in the US use e-cigarettes, according to official figures. Vapourised versions of THC, the active compound in marijuana, have become popular. The attacks of lung disease have been likened to those suffered by soldiers exposed to mustard gas during the First World War.

The AMA adopted its tough stance on Tuesday following a vote at a policy-making meeting in San Diego. It is urging local government officials to ban the sale and distribution of all vaping products

E-cigarettes appeared in the US more than a decade ago and have grown in popularity around the world despite little research on their long-term effects.

Officials in the UK insist vaping is safer than smoking and argue that e-cigarettes are a vital health tool that help addicts give up.

Ewan Fisher, 19 and from Nottingham, told last week how he almost died from serious respiratory failure after vaping. Regulations around the strength and flavors of e-cigarettes are much stricter in Britain than in the US – where vaping firms are facing a major backlash.

On Tuesday, three US states announced they are suing America’s largest e-cigarette company, Juul, for allegedly using aggressive marketing tactics to get children addicted to its products.

New York joined California and North Carolina to challenge Juul in the courtroom, amid a national debate over-regulating e-cigarettes. Letitia James, the New York attorney general, said: “There can be no doubt Juul’s aggressive advertising has significantly contributed to the public health crisis that has left youth in New York and across the country addicted to its products.

“By glamorising vaping, while at the same time downplaying the nicotine found in vaping products, Juul is putting countless New Yorkers at risk.”

Health officials said a million New Yorkers use e-cigarettes regularly, including 220 000 children under 18. Vaping is blamed for 2 172 Americans needing treatment in hospital.

How probiotics could be doing more harm than good

Why over the counter painkillers can be as...

What to know about cancer

Should you walk or run for exercise? Here’s...

Digestive problems getting you down?

Eating for two may give you type 2...

How to help those who are struggling with...

How small lifestyle changes can make you happier

Giving to Others Gives You Better Health

Inspiring quest there. What happened after? Take care!

We’re a gaggle of volunteers and opening a new scheme in our community.
Your website provided us with useful info to work on. You have done an impressive activity and our
whole neighborhood might be thankful to you.

Quality articles or reviews is the crucial to be
a focus for the visitors to go to see the website, that’s what this web site is providing.

You made some really good points there. I looked on the net
to learn more about the issue and found most people will go along with your views on this web site.
adreamoftrains website hosting services

Hey there! Do you know if they make any plugins to
safeguard against hackers? I’m kinda paranoid about losing
everything I’ve worked hard on. Any tips?