Vaping can damage DNA, but will it cause cancer? 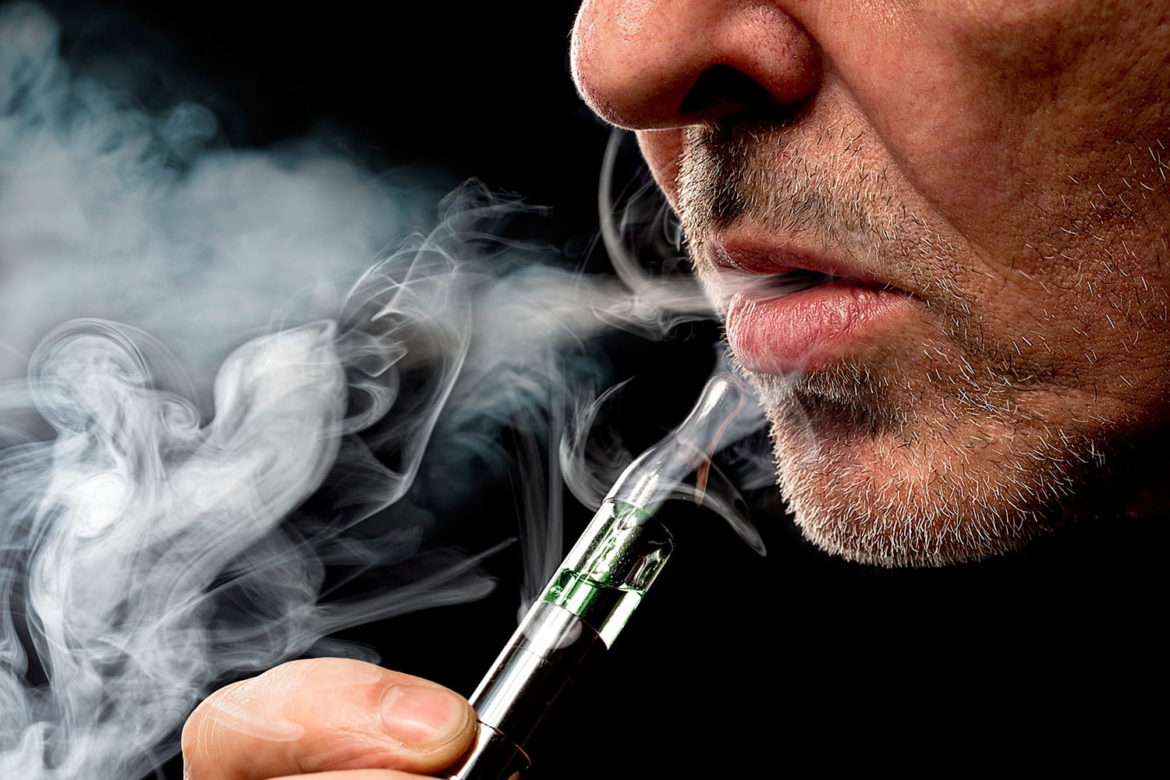 E-cigarettes produce chemicals that can damage a person’s DNA, the first step on a path that might lead to cancer, a new study reports.

The saliva of a small group of e-cigarette users contained increased levels of three DNA-damaging compounds, the researchers said. These chemicals are formaldehyde, acrolein and methylglyoxal.

Further, four of the five e-cigarette users showed increased DNA damage in their mouths related to acrolein exposure, when compared with people who don’t vape.

“This is a device that is considered to be safer compared to regular cigarettes and I agree with that, because we don’t have the same levels of carcinogens that are present in tobacco,” said senior investigator Silvia Balbo, an assistant professor with the University of Minnesota Masonic Cancer Center.

But is it safe?

“However, I think just considering these devices as safe by this comparison is not good enough,” Balbo said. “It’s not good enough to say something is safe because it isn’t as bad.”

But she added that this study on its own does not prove that e-cigarettes cause cancer, only that the devices produce chemicals that damage DNA in ways that can lead to cancer. “This study cannot determine whether e-cigarettes are carcinogenic or are causing a risk for cancer,” Balbo said, noting that alcohol and sunshine also damage DNA.

This is the latest in a series of studies that have called into question the safety of e-cigarettes. In June, a study in the journal Arteriosclerosis, Thrombosis and Vascular Biology reported that chemical flavourings in e-cigarettes harm the cells of blood vessels in a way that could trigger future heart damage.

For their study, Balbo and her colleagues wanted to gather more information about the types of chemicals produced by e-cigarettes that make their way into the bodies of people who vape.

They recruited five e-cigarette users and collected saliva samples before and after a 15-minute vaping session, looking specifically for chemicals known to damage DNA. To assess possible long-term effects of vaping, the researchers also collected cell samples from volunteers’ mouths and evaluated them for DNA damage.

The most concerning findings were related to acrolein, which is produced when glycerol is heated. Propylene glycol and vegetable glycerine are two of four main ingredients found in e-liquid, according to the Consumer Advocates for Smoke-Free Alternatives Association.

More research will be needed to see whether the levels of these chemicals are concentrated enough to be dangerous to human health, said Dr Norman Edelman, senior scientific adviser to the American Lung Association.

“There was an old German chemist who said, ‘Everything is potentially a poison. It’s all a matter of dose,'” Dr Edelman said. “It’s quite clear there are chemicals in aerosol people inhale when they vape that are carcinogenic, but whether they’re going to cause cancer and to what degree is something we don’t know.”

It could be decades before it’s known whether vaping increases cancer risk, as people who vape for years either do or do not develop the disease, Dr Edelman said.

“However, the compounds are not only there, but they’re there in sufficient concentrations to cause DNA damage, which is the first step in causing cancer,” Dr Edelman said.

Gregory Conley, president of the advocacy group American Vaping Association, said the study’s finding should not be blown out of proportion.

“While it is commendable that the authors plan to conduct further research that actually compares the effects of vaping with cigarette smoking, hyping up the results of a small, unpublished pilot study with no comparison group of smokers is irresponsible,” he said.

“We are confident that future studies with proper controls and longer-term tracking will back the estimate of Public Health England and other medical organisations that vaping is at least 95% less hazardous than smoking,” Conley concluded.

Always agrees to remove female symbol to be...

Real stories: ‘How I quit smoking’

How bad is your hearing loss?

NO confirmed cases of coronavirus in SA –...