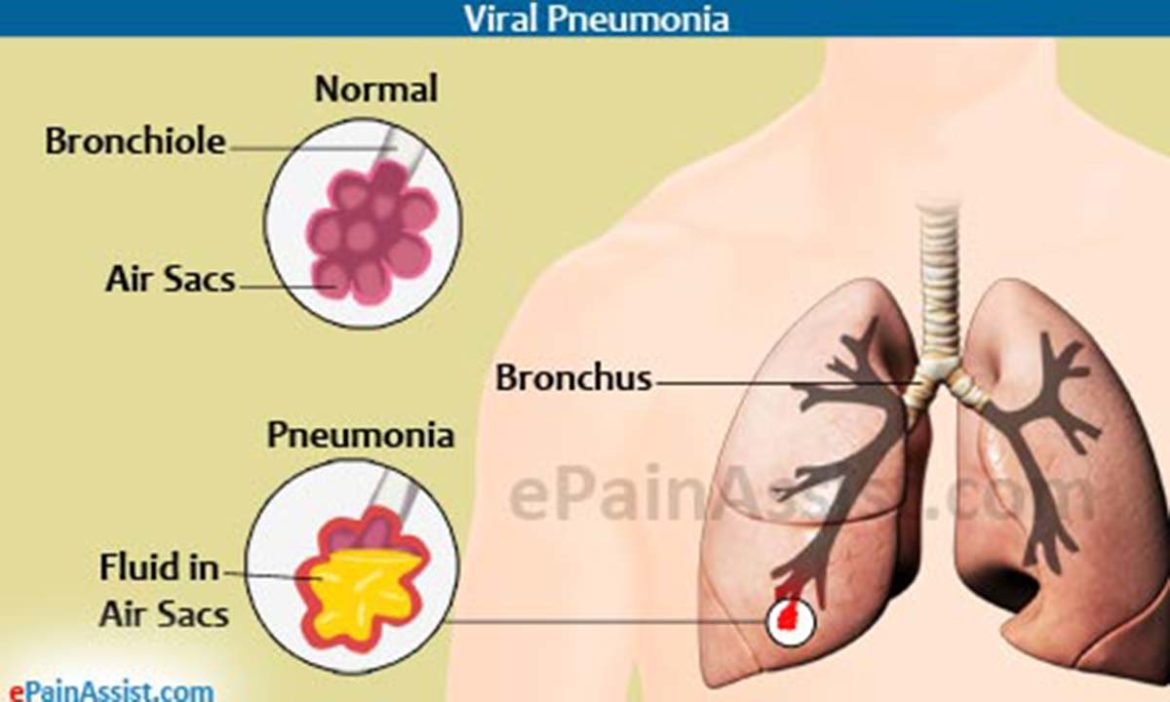 Pneumonia is a type of lung infection caused by bacteria, viruses, and fungi. Viral pneumonia is caused by viruses and frequently occurs in young children and elderly people.

What is viral pneumonia?

Mechanistically, a virus mainly targets pneumocytes (a particular cell type in the alveoli) that are responsible for gaseous exchange in the lungs. The infection can occur through direct viral inoculation in the lungs, or due to the spreading of viral infection from the upper respiratory tract.

Also, a virus can be transmitted from a distant infection site to the lungs via systemic circulation.

In the submucosa of the alveoli, the viral infection causes inflammation and initiates a cascade of cellular immune reactions, which ultimately result in increased vascular permeability and edema formation.

Who is more susceptible to viral pneumonia?

Also, pregnant women are more likely to be affected by influenza-related pneumonia. According to the Center for Disease Control and Prevention (CDC) guidelines, healthy pregnant women should receive flu vaccines during the second and third trimesters of pregnancy. Another less common cause of pneumonia in pregnant women is varicella virus infection.

What are the symptoms of viral pneumonia?

For example, the symptoms of viral pneumonia appear slowly over several days. Initially, the symptoms are more like influenza, which include headache, dry cough, fever with low temperature, muscle pain, and fatigue.

However, the symptoms can get worse within a couple of days, and patients may suffer from severe coughing, shortness of breath, high fever, and blueness of the lips.

How to diagnose viral pneumonia?

For diagnosing pneumonia, a physician will initially take the medical history, discuss the symptoms, and perform a physical examination. There are certain suggestive findings that a physician can evaluate to differentially diagnose viral pneumonia. These findings include:

A blood culture test can be used to detect the causative virus in the blood; similarly, a nasal or throat swab test is done to look for viruses.

For the accurate diagnosis of viral pneumonia, rapid antigen tests (ELISA tests) are very effective. However, the main drawback is that an ELISA test can detect several viruses at the same time, and the presence of a virus not necessarily confirms an active disease state.

How to treat viral pneumonia?

Viral pneumonia cannot be treated with antibiotics. Certain antiviral medicines may be used, especially for pneumonia caused by the influenza virus and herpes virus.

The golden standard for treating viral pneumonia patients is to maintain the oxygen saturation level in the blood through oxygen supplementation. It is also important to keep the patient properly hydrated via oral or intravenous fluid administration.

How Often Should I Wash My Face Mask?

‘I would do injections in private to avoid...

Every day is vaccination day

The developing role of hospital pharmacists