Why So Many Men Avoid Going to the Doctor 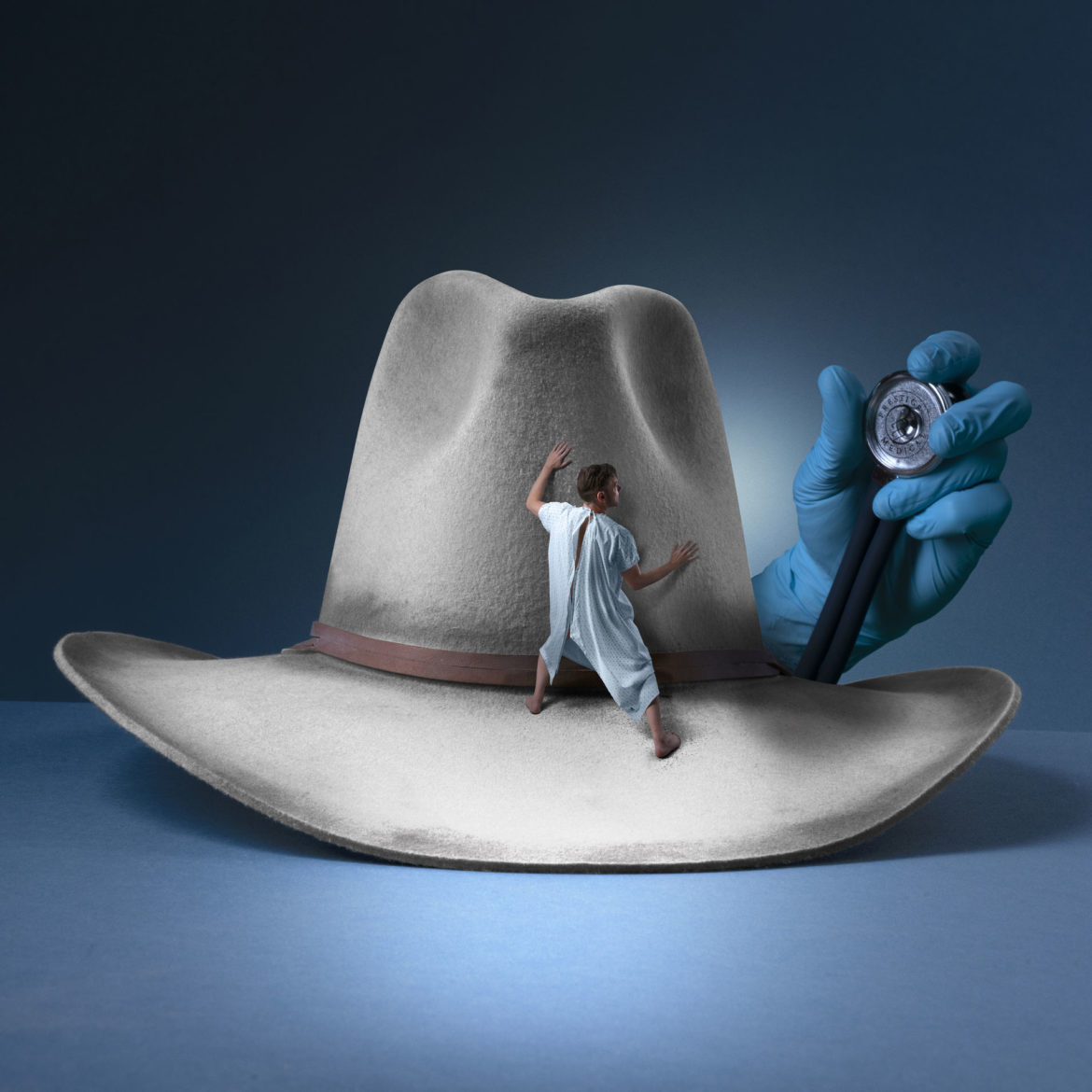 For the fourth year in a row, Cleveland Clinic is embarking upon their MENtion It campaign, a push to get men into their doctors and discussing their health.

As part of this year’s campaign, their survey asked men how they approach their medical treatment.

All this medical avoidance and withholding of the truth puts men at risk. But what’s behind it and how can society work to better address it?

The reasons men stay away from their doctors

Mike Gnitecki is a firefighter and paramedic who recently told Healthline he’s had male patients initially refuse transport to the hospital even while in the middle of an active heart attack.

Having witnessed this extreme avoidance of medical care firsthand, he said a lot of men simply have the attitude of, “I don’t need to see a doctor.”

One reason for this attitude, Gnitecki explained, maybe the fact that many men convince themselves their condition will improve on its own, not wanting to “bother” a doctor in the meantime.

Dr. Tisha Rowe, founder of the telemedicine network RoweDocs, says there are often a few other things contributing as well: fear, superhero syndrome, and the fact that “vulnerability sucks.”

“As a primary care doctor, I think the number one reason men avoid the doctor is fear,” Rowe explained. “They worry about a bad diagnosis or a bad outcome.”

Then there is the superhero syndrome, which Rowe explained is men wanting to see themselves as forever strong and capable of handling anything. “They see going to the doctor as a weakness.”

She said that fear of vulnerability can extend to several issues, especially sensitive issues like erectile dysfunction. These are often topics men would just rather avoid talking about altogether, even if talking to a doctor about it could potentially help.

Why men withhold information from doctors

Then there are the men who will go to their doctors, but who withhold information or purposefully lie about their current medical state.

Dr. Nikola Djordjevic is a medical advisor and physician who explained some men do this because they fear an embarrassing diagnosis and sometimes because of the stigma many men believe: that they should be strong enough to handle things on their own.

“Women, on the other hand, tend to be much more responsible when it comes to healthcare,” Djordjevic said, pointing out that men and women face different societal stigmas about seeking medical care.

“Women are used to sharing intimate details of their lives with friends, so it’s not difficult for them to open up. Men, however, are not conditioned by society to discuss feelings, so it’s more of a challenge,” she said.

The dangers of avoiding doctors

The consequences of putting medical care off, or keeping information from one’s doctor, can be dire according to Djordjevic.

“I think the number one problem is missing the early warning signs of a more serious condition,” he explained. “Especially when it comes to ‘silent symptoms,’ such as diagnosing pre-diabetes and other chronic medical conditions that should be addressed as early as possible.”

The other example he gave was prostate cancer, which can be detected with a simple physical exam. “Patients that are diagnosed at an early stage have a much better prognosis than those who show up too late at the doctor.”

By putting those exams off, men may be in much worse condition by the time a disease is caught than they would have been if they had gone in early and regularly.

Rowe explained, “Unfortunately, due to delays and denials, by the time they come, sometimes the disease is no longer treatable. They may have to deal with consequences like dialysis, limb amputations, and sometimes death.”

So how can we work to change the attitudes some men have toward receiving medical care?

Djordjevic suggested doctors and clinics could begin by offering discounts to partners who get their annual exams together. In this way, he says, female partners may be able to bring their male partners along to the doctor at least once a year.

Rowe agrees this could help.

“Accompany them to the doctor,” she says to anyone who is trying to get the men they love in for medical care. “It may seem like hand-holding, but make the appointment for him to go. Make it an annual ‘date,’ whether it’s your father, uncle or husband.”

Djordjevic added, “Another way is for doctors and clinics to engage in outreach or marketing campaigns targeted at men, highlighting some of the more serious medical conditions that can affect men, such as prostate cancer.”

Rowe said this type of outreach could take place in barbershops, cigar bars, golf outings, and gentlemen’s clubs. Anywhere that men might be reached.

However, Djordjevic believes attitudes are beginning to shift for the better.

“I would say this trend is slowly changing with millennials, who tend to be more informed about general health thanks to Dr. Google and a myriad of websites offering health advice,” he explained.

It’s a move in the right direction, but the most recent survey results out of Cleveland Clinic prove we’re still a long way from where we need to be.

Is Napping Good or Bad for Your Health?

Hands down, men are worse at bathroom hygiene...

Why Should I Visit A Travel Clinic?

10 natural remedies for when you have a...

10 TIPS TO HELP YOU STAY HEALTHY DURING...

What to expect from the world’s first high-level...

How to Beat the Office Cold… Because You...

Viagra Gold – Vigour Viagra Gold is an up-to-day extremely effective medicine to treat an erectile dysfunction. It will provide you with long-term and strong effect. Take Viagra Gold orally with a glass of water at least 1 hour before sexual activity. Do not take the medicine more than once a day and follow the recommended dose. Viagra Gold – Vigour REAL LONG FUCK ———- CIALIS ——————— VIAGRA ———–

Hey There. I found your blog using msn. This is a really well written article.
I’ll be sure to bookmark it and come back to read more of your useful information. Thanks for the post.
I will certainly comeback.

Here are some completely unrelated sites to ours, on the other hand, just take a second to visit …

Read was interesting, stay in touch….

I read this post completely concerning the
difference of newest and preceding technologies, it’s awesome article.